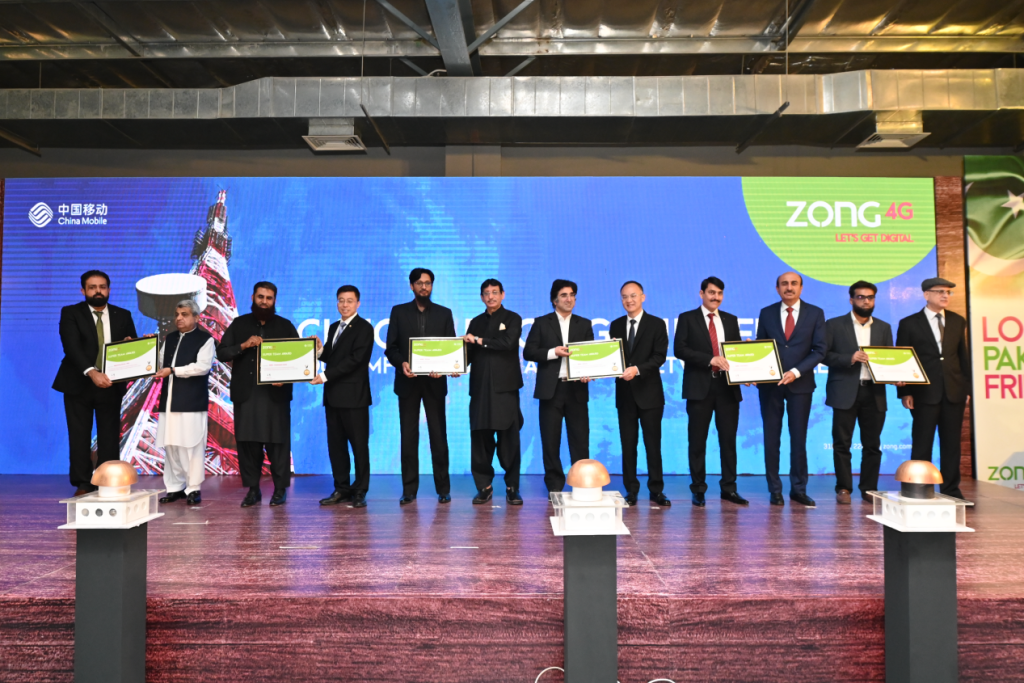 21st October, ISLAMABAD – On Thursday, CMPaK staged a ceremony in this location to demonstrate network excellence and present a donation to the provincial government of Sindh. On this occasion, awards were given to individuals and teams who had made significant contributions to the company’s network excellence.

Syed Amin Ul Haque, minister of information technology and telecommunications, praised the network’s exceptional caliber. Millions of Pakistanis have been impacted by the floods, he claimed. CMPak stood up at a crucial time when the nation needed their assistance the most, quickly restoring Internet service in the afflicted areas. It has demonstrated incredible fortitude, resolve, leadership, and technological prowess, all of which merit the appreciation of the Pakistani people.

In his speech, Nong Rong, the Chinese ambassador to Pakistan, emphasized how, in the wake of Pakistan’s devastating floods, CMPak moved quickly to repair the service base station and ensure that communication was quickly restored in the affected areas. This action demonstrates the two countries’ deep friendship. Additionally, it made active donations of cash and supplies, clearly demonstrating the social responsibilities of businesses with Chinese funding.

Zong CEO Wang Hua remarked at the occasion, “I am incredibly proud of our technical personnel that stayed alert day and night to restore the network in places that were fully flooded in flood water and where the infrastructure was damaged. In three weeks, “our guys restored 99% of the CMPak network, which is an excellent job.”

Due to the heavy flooding in Pakistan, more than 1,000 of CMPak’s base stations have been out of commission. The company’s staff members withstood the challenges presented by the catastrophe and clung to one communication “lifeline” after another. The company completed the fundamental repair of the service base stations in three weeks, successfully guaranteeing a seamless network for residents and government agencies in the disaster area.

In addition, CMPak has introduced a free call package with more than 3.1 million members in Pakistan’s flood-affected districts. Additionally, it helped governments send 117 million text messages warning of flooding. The corporation has established medical camps in four severely affected locations, where it is giving away free food and medicine and offering free medical services. Additionally, the business recruited its employees to participate in a “One Day Donation” drive to raise Rs 4 million. The Sindh government received Rs 10 million in addition to the company’s donation for flood relief and post-disaster reconstruction.