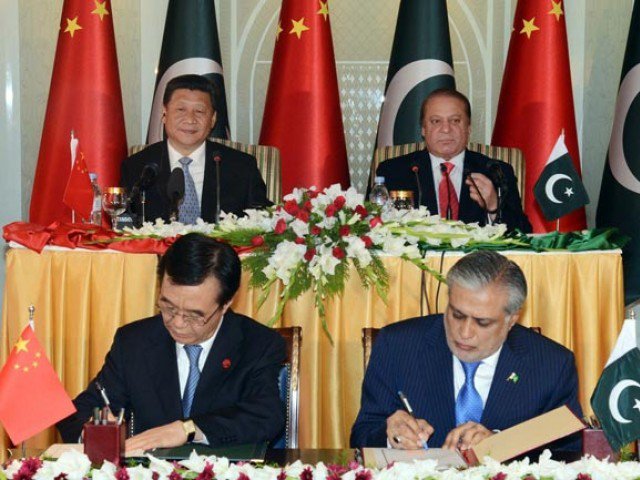 Pakistan China relationship started since early 1950’s and started maturing in 1972 by formation of strategic alliance between the two countries. Maintaining close relationship with China is part of Pakistan’s foreign policy as China is Pakistan’s strategic partner in the East. It helps Pakistan maintain balance of power in the region, and with one of the leading nations like China by her side, Pakistan has gained significant importance in the region.

Sino-Pak relationship is an all-weather partnership and has been time tested, be it economic cooperation, military pacts or moral support in leading organizations, like the United Nations. The deep sea port of Gwadar plays an important role in further strengthening the ties of Pakistan and China. Recently Pakistan and China have been trying to revive the legendary Silk Road which is one of the oldest known trade route in the world.

Gwadar Sea Port Development
Gwadar Port is one of the most important deep sea ports in the world. It comes under the jurisdiction of the government-owned Gwadar Port Authority. It is strategically located near the straits of Hormuz and will give China direct access to Arabian Sea through which 40% of world’s oil passes. Work on Gwadar Port was started in 1998 by a Chinese firm. It was divided into two phases with a total of 13 berths.

China Pakistan Economic Corridor has the potential of making Pakistan one of the most strategically important countries in the region.

Work on Phase I started in 1998 and was completed in December 2006, with a construction of a total number of four berths. It was inaugurated by former President Pervez Musharraf. After the completion of Phase I, Phase II development of the port was awarded to a Singaporean firm, PSA International, in February 2007. From 2007 till 2011, the progress made with regard to the development of the port, by the Singaporean firm, was very slow, due to which, Pakistan asked China to develop the port. In 2013, the Port development was awarded to a Chinese state-run company, called China Overseas Port Holding Company (COPHC). In almost two years, the Chinese firm was able to complete the construction, with a total of 9 berths, including two oil terminals. China’s support has been critical in building the Gwadar sea port, which will benefit both countries.

China Pakistan Economic Corridor (CPEC) or Modern Silk Road
China Pakistan Economic Corridor has the potential of making Pakistan one of the most strategically important countries in the region. Recently, the Chinese President visited Pakistan for the inauguration of the Gwadar port, one of the key components of CPEC. The President of China announced a total of $45 billion investment in energy and infrastructure projects. This mammoth investment will provide job opportunities for locals, develop infrastructure, and provide power and energy to energy-starved Pakistan. This will also help contribute in the economic development of Pakistan.

China will also benefit from this economic corridor, which will greatly reduce China’s trade route from 12000 kilometers via sea, to 2000 kilometers via land i.e. from Kashgar to Gwadar. It will also help revive the ancient trade route known as the Silk Road, which started nearly 2400 years ago. In future, China can also use Gwadar to build a naval base which will increase influence of China in the region. Furthermore, all the oil shipments from the GCC countries will be shipped via Pakistan to China. Also, non-oil goods could be imported to the world using Gwadar as a transit route, making Gwadar equally or more important than the Suez Canal of Egypt.

The CPEC project will include new infrastructures, like road links, 1800 km railway links from Gwadar to Kashgar, and a network of oil pipelines, connecting all the way from Gwadar oil terminals to Kashgar in Xinjiang, China. A new airport, special tax-free economic zones, energy power plants and a dry port in Kashgar is also included in the project. The total cost of CPEC is USD 75 billion, out of which USD 45 billion has been provided by China to make it operable by 2020.

Defense Pacts and Maritime Interest
Military relationship between Pakistan and China are extremely strong, and are primarily based on geopolitical alliance, aimed at countering Indo-American influence in the region. Recent developments on Gwadar port and CPEC have made this relationship much stronger than before.

China is one of the main defense equipment suppliers to Pakistan Armed Forces. They have not only sold defense equipment but have also transferred the technologies to Pakistan. The defense technologies that China has shared with Pakistan include, aircraft, such as multi-role fighter aircraft JF 17 and trainer aircraft Karakorum K8, cruise missile technology, space technology, Al Khalid tanks, ballistic missile systems, fast attack naval crafts, etc. China has provided Pakistan tailor-made advanced weapons, making Pakistan one of the strongest armed forces in the region.

Military relationship between Pakistan and China are extremely strong, and are primarily based on geopolitical alliance, aimed at countering Indo-American influence in the region.

China and Pakistan have found common ground in terms of maritime interest in the region. Gwadar port can be used for joint naval patrols in the Indian Ocean, further increasing the naval outreach of China and Pakistan in the region. Gwadar port will increase the countries’ naval movements and further expand defense cooperation, especially in the naval field.

Fundamentals to make CPEC a success:
In order to make CPEC a success, there are some fundamental issues, which should be taken care of; these include terrorism, provision of special security, creation of new special economic zones, etc. Foreign rivals who want Gwadar port to fail, have already started highlighting issues on mainstream, as well as social media, through their Pakistani aides-de-camp, about missing persons. Campaigning under the banner of “Un-silencing Baluchistan”, they are working to escalate the issue of Baluchistan liberation. On the other hand, terrorist organizations like the foreign-funded Baluchistan Liberation Army are also looking for an opportunity to target pipelines and trade routes of CPEC, once full-fledged construction begins.

Political rivals have started to downplay CPEC’s success and have started creating issues regarding the route, stating alternative trade routes passing through Makran Coastal Highway, over to Lahore-Karachi motorway and all the way to Kashgar. Some political parties want the trade route to start from Baluchistan to Kashgar, via KPK only, and have started clamoring about not getting their fair share. In fact, the purpose of alternative route is to provide security for the corridor, and these routes are much more secure than the route passing through KPK at the moment. However, the government must address all these grievances, and make suitable amends, by taking all the provinces on board.

Pakistan should also tackle corruption to control the expenses of the project and ensure that projects don’t get delayed due to corruption and unethical practices. Building new economic zones for CPEC will benefit Pakistan in the way of industrial development and create employment opportunities for local people. Awarding sub contracts to local companies rather than completely depending on Chinese contractors will also benefit Pakistan.

Chinese are shy investors; Pakistan should provide them guaranteed security, and take all possible measures to ensure the completion of the project on time, to build the investor’s confidence. China may shelf the project if they see non-performance from the government, and that will hurt Pakistan’s image on the international level. Curbing terrorism, providing security for the trade corridor and ensuring the project is executed and completed on time, are the key fundamentals to make China Pakistan Economic Corridor a successful trade route in the region.

Renewable energy and Power shortfall
Since 2007, Pakistan has been hit by severe power outages due to mismanagement and improper planning for future power demands. China Pakistan Economic Corridor has brought with itself, attractive renewable energy projects, which in the long run could provide Pakistan to cope up with future power needs and reduce the power shortfalls in the country. Currently there is approximately 4600 MW shortfall in Pakistan out of 12000 MW actual requirement of electricity.

Gwadar port can be used for joint naval patrols in the Indian Ocean, further increasing the naval outreach of China and Pakistan in the region.

Future Plans of Gwadar Port:
Future plans of Gwadar port includes building of bulk storage oil tanks, oil refinery, establishment of petrochemical industries, ship repair yard, shrimp farming, vessel building yards, cold storages and ice factories, and recreational water sports activities. These kinds of industries and activities will further increase employment opportunities in the country, which will improve the economy and place Pakistan amongst one of the leading economic countries in the region.

CPEC will play an important role in making Pakistan one of the most attractive transit trade routes in the world. This trade route, in future, can link central Asia via Afghanistan, and give the Central Asian countries an easier access of sea route to Far East and Australia. Hence, CPEC has a strong potential to revive the old Silk Road, with Pakistan being center stage in the entire revival process.