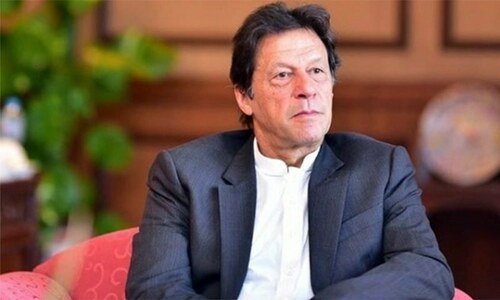 Imran Khan, a former cricket player, has claimed that the decision by Pakistan’s electoral body to remove him from office was politically motivated.

Mr. Khan was charged with inaccurately disclosing information about gifts from foreign dignitaries and the proceeds of their suspected sale.

Rolex watches, a ring, and a set of cufflinks were among the gifts.

His attorneys claim they will appeal the commission’s decision to the supreme court.

Mr. Khan has urged his supporters to demonstrate against the decision, claiming that democracy and basic rights have been extinguished in Pakistan.

Social media videos depicted police using tear gas to scatter his supporters who were staging a rally outside the capital Islamabad. The level of security in the city has increased.

The written decision states that Mr. Khan “made the false statement [sic] and incorrect disclosure before the commission in the statement of assets and liabilities filed by him for the year 2020-21,” which resulted in his disqualification, according to Pakistan’s Dawn newspaper.

The decision also states that as a result of his disqualification, he “ceases to be a member of the National Assembly of Pakistan, and his seat has therefore become empty.”

According to legal professionals cited by Dawn, Mr. Khan is ineligible until the end of the current National Assembly term, which began in January 2018.

Anbarasan Ethirajan of the BBC believes the election commission’s unanimous ruling is a major defeat for the former premier. Imran Khan is still incredibly well-liked.

Last month, Mr. Khan acknowledged that he had included at least four gifts he had received as prime minister on his income tax returns and that he had sold them.

All gifts must be disclosed by public authorities, however, those worth less than a specific amount may be kept. According to the AFP news agency, the recipient may occasionally be able to buy them back for about 50%.

In a written submission, Mr. Khan, who has denied the allegations against him, acknowledged purchasing items worth nearly $100,000 (£90,000) and later selling them for more than twice that amount. Previously, he claimed he had withheld some gifts from the public due to concerns about national security.

A member of Mr. Khan’s legal team named Fawad Chaudhry told Reuters that the ruling will be appealed since the election commission panel lacks jurisdiction over the subject.

In April of this year, Mr. Khan was removed from office after he lost a vote of no-confidence.

He has since become a vociferous opponent of the nation’s leadership and military.

In a series of furious speeches, the former president has toured the nation advocating for new elections.

The dynamic politician was chosen as prime minister in 2018, but after his term, he had disagreements with Pakistan’s powerful army. He had a majority in parliament until a number of his supporters defected.