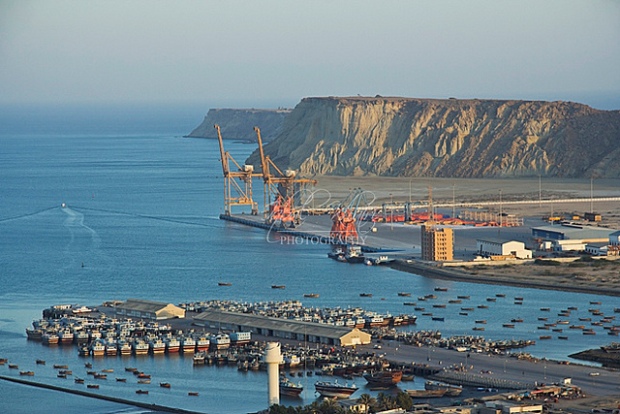 During Xi’s visit, China and Pakistan agreed to form a “1+4” cooperation structure with the CPEC at the center and the Gwadar Port, transport infrastructure, energy and industrial cooperation being the four key areas to achieve a win-win result and common development. On April 20, ground-breaking of five power projects was jointly done by the Chinese president and Pakistani Prime Minister Nawaz Sharif via video link. Among the projects, Zonergy 900 mw solar power plant is likely going to be the first one to be put into Pakistan’s national grid.

The 1.5 billion dollar project, the largest solar power plant in the world located in Bahawalpur is being developed in three phases and is expected to be completed by the end of 2016. According to Zonergy Company Limited, the first 50 mw of the project is near completion and is going to be energised soon. Before the end of this year, 300 mw will be added to Pakistan’s national grid.

In addition to the Zonergy project, a number of new energy projects, being constructed by Chinese companies, are also proceeding steadily. The 1.65 billion-dollar Karot hydropower plant, the first investment project of the Silk Road Fund, is being developed by the China Three Gorges Corporation. Construction of the 720 mw project will begin at the end of this year and the plant is expected to be put into operation in 2020.

The Port Qasim coal-fired power plant, the first started project in the energy sector under the CPEC framework, is being constructed by Power China Resources Limited. The 2.085-billion-dollar project would start operation by the end of 2017. According to Punjab Chief Minister Shahbaz Sharif, the CPEC projects are very important for power supplies in Pakistan. He said earlier this month when meeting a Chinese delegation that Pakistan would be able to overcome energy crisis with the cooperation of its brotherly neighbor.

Tangible progress has also been made in transport infrastructure. China Road and Bridge Corporation told Chinese media that realignment project of the Karakorum Highway (KKH) at Attabad Barrier Lake is going to be completed by the end of this month. Prime Minister Nawaz Sharif is expected to inaugurate the project. The KKH, the only land route between Pakistan and China, will re-open to traffic after being cut off by a barrier lake for over five years.

The Economic Coordination Committee of the cabinet said on Aug. 12 that contracts for constructing two other road projects of the CPEC worth 3.5 billion dollars will be awarded to Chinese companies through bidding. The two projects, 2.6-billion-dollar Karachi-Lahore Motorway and 920-million-dollar Karakoram Highway upgrade Phase-II, are earmarked for early completion under the CPEC framework.

Last month Pakistan’s Chief of Army Staff Gen Raheel Sharif inspected the under-construction road network as part of the CPEC. According to the army, 502 km out of the 870-km road network linking the Gwadar Port with the rest of Pakistan have been completed by Frontier Works Origination (FWO). During the inspection, the army chief also vowed that the CPEC “will be built at all costs.”

The Gwadar Port started its long-awaited operations on May 11 as the first private container vessel docked at the deep-sea port. Local fish was exported to the international market through containerised shipment. Speaking at the commencement ceremony, Pakistani Ports and Shipping Minister Kamran Michael said that a new dimension was added to the history of the Gwadar Port.

For industrial cooperation, the two countries are planning industrial parks. According to details, the Pakistani government has proposed 29 industrial parks and 21 mineral economic processing zones in all four provinces. A joint working group would decide and identify the industrial parks, said Pakistani Minister for Planning, Development and Reform Ahsan Iqbal, who hailed the CPEC as a game changer and a once-in-a- lifetime opportunity for Pakistan.

The Pakistani government has shown strong willingness to push forward the construction of the CPEC. During a high-level meeting held in Islamabad on July 27 to review the pace of work on CPEC projects, Prime Minister Nawaz Sharif directed that projects under the CPEC be put on fast-track through mobilization of resources and completion of financial and technical formalities.