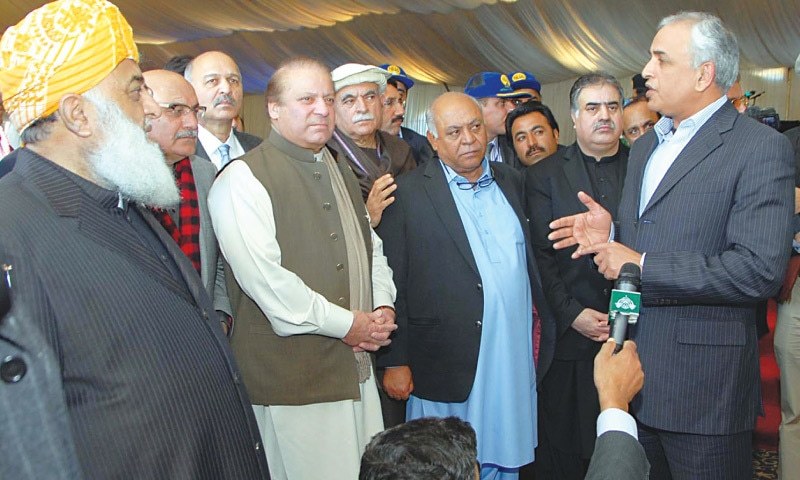 The 81-kilometre-long Zhob-Mughal Kot highway is expected to be completed at a cost of Rs8.8 billion and the 126-km Qila Saifullah-Wagum highway at a cost of Rs7.5bn by 2018.

The prime minister said on the occasion that the 2,458-km-long western route of the CPEC starting from Zhob would connect Gwadar, Quetta, Sorab and Hoshab.

“I will come back to Balochistan soon to inaugurate the Gwadar-Hoshab highway,” he said.

Mr Sharif said the 454-km-long Gwadar-Panjgur highway would be completed by December next year.

He praised the Frontier Works Organisation for timely completing several highway and road projects in the province.

He said the 243-km-long Khuzdar-Wango Hill-Shehdadkot highway would be completed by May next year.

“The federal government has spent Rs200bn on different highway projects in Balochistan,” he said.