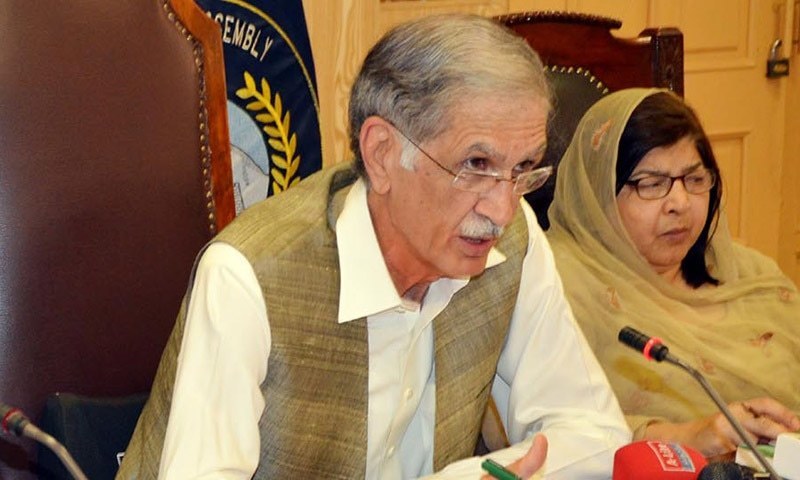 In a meeting with Federal Minister for Planning and Development Ahsan Iqbal in Islamabad, Chief Minister Pervez Khattak unveiled what he wants for his province in the multibillion-dollar project.

K-P has been pushing the government to complete CPEC’s western route first. Its efforts paid off when at an all-party conference on January 15, Prime Minister Nawaz Sharif set the July 2018 deadline for the completion of the western alignment.

A list of 12 economic zones in the province was also scrapped with the final number to be determined after due consultation with Peshawar.

According to an official handout, the Khattak-Iqbal meeting was held in a cordial atmosphere. During the meeting, Iqbal clarified Khattak’s misgivings about CPEC and assured the latter that the Western route was very much part of the monographic study of CPEC.

He revealed that the Gwadar-Surab section will be completed by December 2016, while groundbreaking of the Dera Ismail Khan section – scheduled to be completed by July 2018 — would be held in March.

“Western route is very much part of the CPEC framework and this has also been clarified by Embassy of China in Pakistan,” said Iqbal.

Officials who attended the meeting said Khattak has demanded that the federal government either set up power plants that generate between 5,000MW to 6,000MW or provide the provincial administration funds for it.

On this, the planning minister asked the chief minister to share details to justify this demand.

Around two-dozen medium to long-term energy related projects with a generation capacity of 17,000MW and worth $34 billion constitute a major part of the project.

Khattak also asked the federal government to complete the much-delayed Chashma Right Bank Canal project which would help provide irrigation water to the arid southern districts of K-P. Iqbal promised to arrange a meeting between the Water and Power Development Authority and the provincial administration.

Complaining that Punjab dominates all the energy-related activities planned under CPEC, K-P sought representation on various working groups of the multibillion-dollar project.

At the moment, only Punjab Chief Minister Shahbaz Sharif is invited to meetings of the Cabinet Committee on Energy. Iqbal assured the K-P chief minister that all provinces would be given due representation in the working groups.

Khattak demanded that five special economic zones be set up along M-1 Motorway, in Batagram, Haripur, Bannu and Dera Ismail Khan. To this, Iqbal asked the K-P government to come up with specific proposals for the zones as he urged them to hire well-reputed consultant to identify commercially viable sites in the province.

He also pushed Khattak on ensuring speedy land acquisition for sections of western route which pass through the province. Khattak also demanded that optical fibre and rail links also pass through his province.