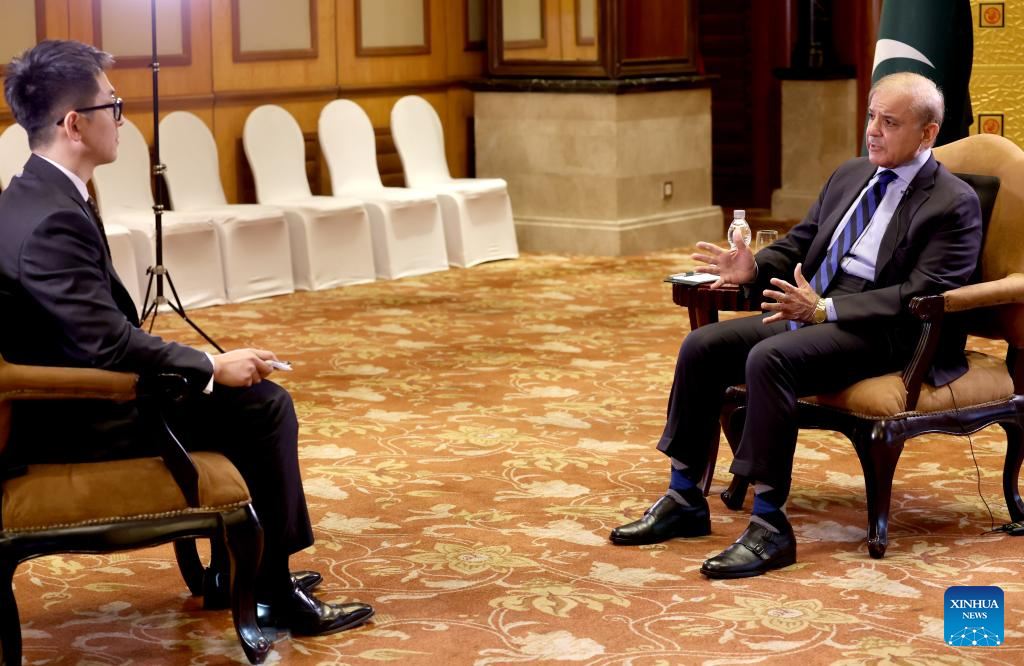 November 4, Beijing According to Prime Minister Muhammad Shehbaz Sharif, Pakistan would cooperate with China to advance a shared future of accomplishments and growth as well as promote peace and harmony throughout the region and the entire world.

Shehbaz Sharif initially visited China in 1981 and has since made numerous trips there, during which he has seen the country undergo a remarkable metamorphosis.

While on a two-day official visit to China from November 1-2, he commented in an interview with Xinhua, “You could hardly see a car on the road, (just) buses and bicycles.”

He was one of the first world leaders to travel to China following the 20th National Congress of the Chinese Communist Party (CPC).

The entire nation has changed over time and now has the second-largest economy in the world. This is a unique miracle.

“I believe it is a result of the Communist Party of China’s committed and visionary leadership. Its vision, sacrifice, and leaders,” he remarked.

The 20th CPC National Congress, according to the prime minister, sent a very strong message to the entire world that China supports continuity, stability, and peaceful coexistence.

Shehbaz Sharif emphasized China’s accomplishments in eradicating absolute poverty, offering better employment opportunities, and enhancing healthcare and education, saying that Xi Jinping’s re-election as general secretary of the CPC Central Committee is significant not just for the Chinese people but also for friendly nations and even the entire world.

“Under President Xi’s leadership, China is a nation that the rest of the world cannot advance without. He remarked, “Pakistan is attempting to learn from China. This is a fantastic sense of accomplishment.

Shehbaz Sharif stated that he does not doubt that China would continue to develop and grow rapidly and that the good relations between Pakistan and China will continue to grow and strengthen.

Since their diplomatic relations were established seven decades ago, Pakistan and China have enjoyed an “unprecedented and unique” friendship or Iron Brotherhood. According to him, the two nations have worked to strengthen their bonds through mutual trust, respect, and cooperation.

“I must say with delight that these CPEC energy projects were finished and put into operation more quickly than the Chinese expectations. The prime minister compared the “Shenzhen speed” in China to what is known as “Pakistan speed.”

Sharif expressed his desire for the CPEC to go to the next phase to advance agriculture, modern technology, and the IT industry, saying that this is the essence of brotherhood, cooperation, and friendship.

Shehbaz Sharif declared his support for the China-proposed Global Development Initiative and Global Security Initiative as an amazing vision to advance harmony and peaceful coexistence between nations and communities.