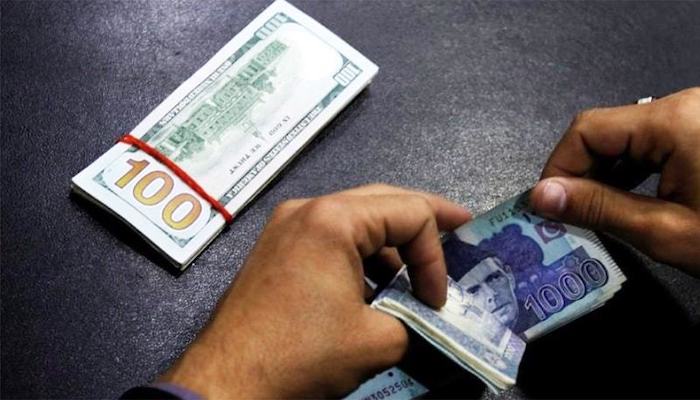 The erratic rupee of Pakistan, which achieved the highest rise of 3.9% over five working days to Rs 219,924 to the dollar on anticipation of substantial inflows of foreign cash, was dubbed the “world’s greatest performing currency” in the week that concluded on Friday. In a brief analysis of currency movements, Tahir Abbas, Head of Research at Arif Habib Limited, stated that “the rupee continued to be the best performing currency on a week-to-week basis.”

Since the current Finance Minister, Ishaq Dar, announced his return to Pakistan by ending a five-year self-exile last month, the rupee has been on a winning streak for 11 straight working days. Evidently, Dar continued his previous strategy of defending the rupee from the assault of the US currency after assuming power. He thought the rupee was undervalued at its all-time low of roughly 240 to the dollar in July and suspected commercial banks of manipulating the rupee’s value to further their own interests. A look into this is currently being done.

In a swift move, Pakistani officials informed Moody’s that during recent meetings with multilateral creditors, the government had received an additional funding commitment of more than $2.5 billion from the Asian Development Bank. This was done while strongly reacting to Moody’s downgrading Pakistan’s credit rating to Caa1. The World Bank has also committed to providing an extra $1.3 billion in financing for infrastructure improvements and other projects during the current fiscal year.

In light of the increased liquidity (rebuilding of foreign exchange reserves), we anticipate that the external sector will continue to strengthen. However, experts predicted that the current upward trend of the rupee would not be long-lasting. “The rupee may continue its upward trajectory and gain another Rs 5 to 10 in the near future. However, by the end of the current fiscal year on June 30, 2023, it will resume its steady decline and devalue to Rs240–250, according to Fahad Rauf, Head of Research at Ismail Iqbal Securities, in an interview with The Express Tribune on Thursday.

With the US dollar strengthening against many other major world currencies, the price of crude oil rising back to over $90 per barrel, worries about a European recession, a decline in Pakistan’s foreign exchange reserves, and no discernible increase in exports, there is widespread speculation that the rupee will continue to decline. Prior to this, the home currency continued to be extremely volatile, bouncing back and forth between being the best and worst-performing currencies in the world during the course of the previous seven days.

Prior to Ishaq Dar’s return, the rupee declined by over 12% (or Rs25) over the course of 15 consecutive working days, reaching an all-time low of about Rs240 in late July due to a higher chance of debt repayment default, such as in the case of a $1 billion Sukuk expiring on December 5, 2022. Dar also attributed some of the turmoil in the domestic economy to Miftah Ismail’s policies. Ismail, though, had previously received acclaim for making difficult choices that kept Pakistan from defaulting and convinced the IMF to renew its loan program.

Ismail also put administrative restrictions on imports in an effort to reduce the growing current account imbalance. Dar, on the other hand, has kept up with Ismail’s policies of regulating imports through administrative means. However, it is anticipated that the liberalization of imports in the coming months, which is essential for reviving the economy after the disastrous floods, would increase the trade and current account deficits and cause the rupee to weaken.