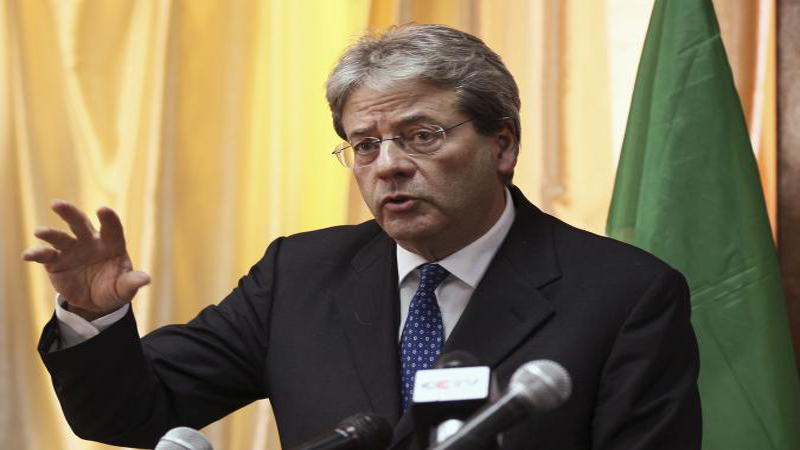 Islamabad: Italian Foreign Minister Paolo Gentiloni has said that Pakistan and Italy had unanimity of views on a number of issues.

Speaking here on the future of Pakistan-Italy relations at the National University of Sciences and Technology (NUST), he said that trade and investment between the two countries would get a boost in future. He said that Pakistan and Italy were part of the United for Consensus group, which was lobbying for reforms in the United Nations, especially expansion of the UN Security Council. He said that conflicts in the Arabian Peninsula, Yemen, Libya and Afghanistan in South Asia created a turmoil and complex situation for the world. He said the so-called Islamic State of Iraq and the Levant (ISIL) was a new challenge for the world. “People are talking about the clash of civilisations, but I do not agree to them,” he said.

He said there would not be peace in Pakistan without peace and stability in Afghanistan. “We believe that terrorism and extremism can be countered through more investment in education and social and cultural activities,” he added.

Gentiloni praised Dr Abdus Salam for laying foundation of a centre of excellence in Italy in 1964. He quoted founder of Pakistan Quaid-e-Azam Muhammad Ali Jinnah’s statement, “You are free; you are free to go to your temples. You are free to go to your mosques or to any other places of worship in this State of Pakistan. You may belong to any religion, caste or creed — that has nothing to do with the business of the state.”

He said that Italy could play the role of a bridge between the East and the West. He said the China-Pakistan Economic Corridor had an enormous potential, but geopolitical and economic rivalries in the region could affect it. He said that a great game was being played in the region. “Italy doesn’t have any hidden agenda. We have good relations with Pakistan and China. Though presently there are some problems with India; I hope they will be solved.”

Responding to a question, he said, “I don’t think Israel created the ISIL. Creation of two states is the solution to the Palestine problem.”

NUST Rector Muhammad Asghar thanked the Italian foreign minister for his participation in the discussion. He said that Pakistan could learn a lot from Italy, especially in terms of education.