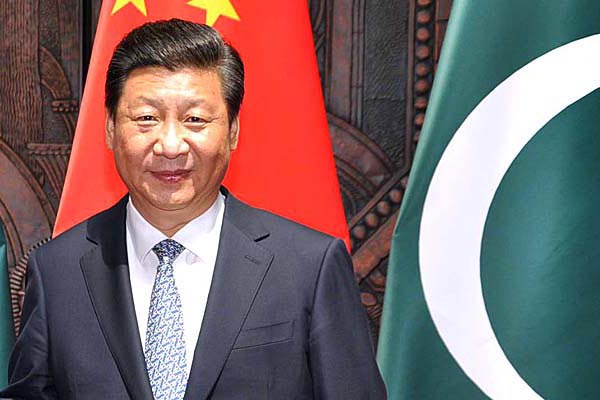 Islamabad: Out of US$46 billion under China Pakistan Economic Corridor (CPEC) framework, projects worth more than US$ 10 billion had already hit the ground, while remaining schemes were in advanced stages of the pipeline.

The remaining projects amounting to US$ 36 billion would soon be launched, according to a senior official in the ministry of planning, development and reforms here on Tuesday.

Chinese President, Xi Jinping during his visit to Pakistan in April last year, signed several memorandum of understandings and so far a huge amount of US$ 10 billion had been invested in Pakistan, he added.

He said, a CPEC summit would be held on August 29 in the Federal Capital to further enhance business to business cooperation between the two brotherly countries.

He said, the Chinese companies were also working on two mega projects including Thakot-Havailian section of Karrakurm Highway (KKH) and Sukkur-Multan section of Lahore-Karachi motorway at a cost of US$ 3 billion.

Gwadar would be connected with Quetta in December this year while D.I. Khan to Burhan section of the road would be completed in June 2018.

The construction work on various projects of various sections of Western route were being completed as per timeline to operationalize it at the earliest.

Work on Port Qasim Power Plant, Thar Power Plant, HUBCO coal Project, Sahiwal Power Plant and other hydro power projects was on track and these would be completed as per the schedule.

The fast track work on these projects would help tackle energy crisis and power needs of industrial zones in future under CPEC.

According to a senior official of the Chinese Embassy in Islamabad, as many as five new projects, in addition to 30 infrastructure and energy projects being completed by the Chinese companies in Pakistan, would be launched under CPEC initiative this year.

“Eight coal, solar, wind and hydro-power energy projects are already under construction to meet the energy requirement of Pakistan,” added.

He said, prior to signing of CPEC between China and Pakistan in 2013, China was at number 16 in terms of Foreign Direct Investment (FDI) in Pakistan, adding, now China is largest investor in Pakistan after initiating multi-billion dollars project under the CPEC framework.

He said, this project would not only change the life of people of Pakistan in days to come but also prove beneficial for the whole region.