President urges nation to get education, skills to make most of CPEC 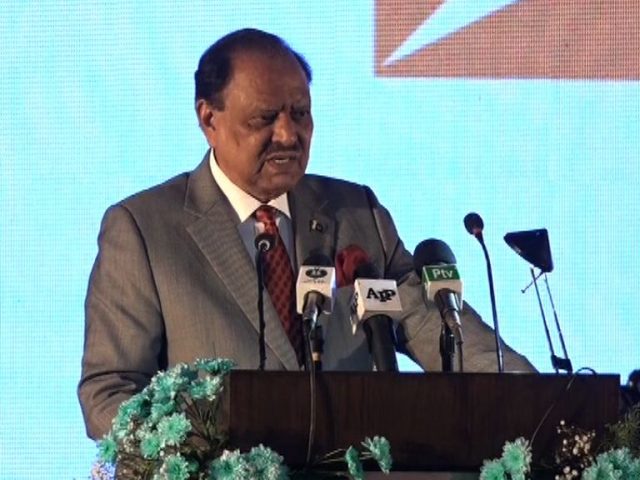 ISLAMABAD: President Mamnoon Hussain on Tuesday said China Pakistan Economic Corridor (CPEC) would generate enormous opportunities of progress and called upon the nation to equip themselves with modern education and skills to take maximum benefit from the mega project.

Addressing at the 32nd medal and prize distribution ceremony of Federal Board of Intermediate and Secondary Education (FBISE), the President said CPEC was a project with a potential of bright fortune for Pakistan and the region.

President Mamnoon said nations seldom get a chance that guarantees their prosperity, adding that CPEC could be definitely termed as a game changer for Pakistan.

He emphasized dedication and hard work to achieve positive results from this project.

He said once a stone age world had now transformed into a digital world and stressed that only those nations thrive that prepare themselves with contemporary education and take advantage of the latest inventions of science and technology.

President Mamnoon also called for prudent and transparent use of national resources and said the new generation should act as vanguard against the menace of corruption.

The President expressed deep grief over the loss of lives in Monday’s terrorist incident in Lahore and said the sacrifices of martyred policemen would not go in vain.

He said such incidents could not deter the nation’s resolve to fight terrorism and extremism and vowed that Operation Zarb-e-Azb would continue till its logical end.

The President felicitated the position-holder students and urged upon them to carefully choose their field of higher education so as to prove beneficial for the country and nation.

He said with education, the youth could defeat the evils of terrorist and extremist mindset in the society.

With women comprising half of the country’s population, the President asked the girl students in particular to get as much education to contribute positively for the country.

He also advised the students to always respect their parents and teachers, who had a major role in their success.