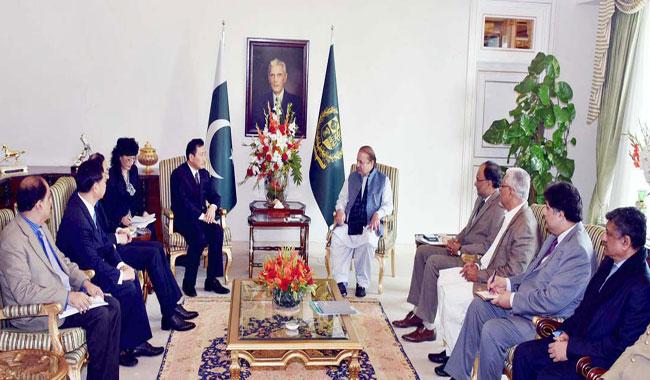 In a meeting with a group of Chinese investors, the Prime Minister said the Corridor was a game-changer and all the provinces of the country would reap benefits under it.

He said the CPEC was a fusion of multiple development projects aiming at the prosperity and well being of citizens of the country and the region at large.

The Chinese investors expressed keen interest in developing hydropower projects in the country.

Appreciating the economic policies of the government, they expressed the confidence that transparent investment regime in the country would attract more Foreign Direct Investment (FDI).

The Prime Minister welcomed the interest shown by the Chairman for investment in Pakistan s hydel energy sector and said that hydro electric sector was priority of the government.

He said Pakistan was resolving its energy crisis by investing in different sources of energy including solar thermal and hydro energy projects.

The government had already secured billions of dollars from International Financial Institutions for the construction of Dasu Dam in KPK, he added.

He viewed that future investment by China Three Gorges International in the hydel energy sector would enable the government to overcome the energy shortfall.

The meeting was informed that Joint Working Group was being formulated under CPEC framework under which all provinces were being consulted to give technically sound and financially viable recommendations of industrial and economic zone.

PM Nawaz Sharif said that Gwadar was being uplifted as an international free port and the government was undertaking several projects for its development.