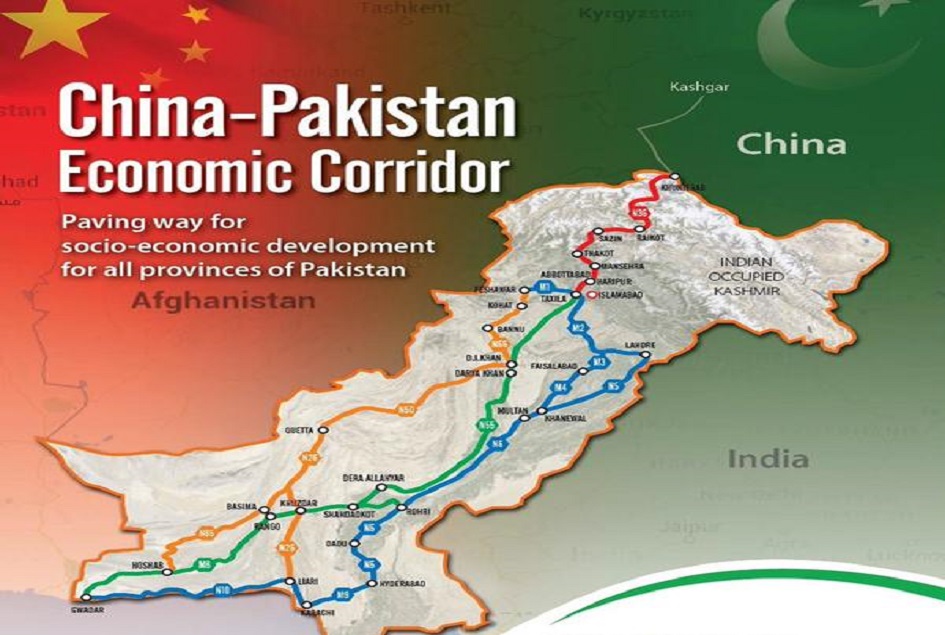 A Parliamentary Committee on China-Pakistan Economic Corridor (CPEC), constituted after the All Parties Conference (APC) meeting to monitor the CPEC projects, is likely to visit and inspect the works on Western route of the corridor by the end of this month, Project Director Major General Zahir Shah (Retd) told Business Recorder.

He further stated that the parliamentary committee would co-ordinate with Frontier Works Organisation (FWO) and National Highway Authority (NHA) prior to finalizing the dates of the visit. The opposition political parties including Jamiat Ulema-e-Islam (JUI-F), an ally of ruling Pakistan Muslim League-Nawaz (PML-N), threatened to launch a movement against the government if it breaks its commitment made in an All Parties Conference (APC) chaired by Prime Minister Nawaz Sharif on construction of the Western route of the CPEC.

Senator Shibli Faraz of Pakistan Tehrik-e-Pakistan (PTI), who is also member of Parliamentary Committee on the CPEC, said while taking to this correspondent that if the PML-N government violates its commitment made during the APC on the Western route of the CPEC then his party along with other political parties of Khyber Pakhtunkhwa (KP) would launch a movement in protest. He said that before starting the movement against the government, the PTI would raise the issue on the floor of both Houses of the Parliament.

PTI Chairman Imran Khan, speaking at a party convention on Saturday, had accused the PML-N government of hiding facts about the CPEC because they wanted a large part of the corridor to pass through Punjab.

Senior Vice President, Awami National Party (ANP), Haji Muhammad Adeel said while talking to Business Recorder that his party would not tolerate any change in the decision of the APC on Western route and the government has to follow it. Answering a question, he said, “If the government deviates from the commitment it made in the APC on Western route then we will raise this issue in the National Assembly and the Senate. In this regard, we will also stage a protest against the government outside of Parliament. In future, we will not participate in any APC called by the PML-N government.” Senator Colonel Syed Tahir Hussain Mashhadi (R) of Muttahida Qaumi Movement (MQM) said that his party supports the stance of all opposition parties on Western route of the CPEC. Answering a question, he said that the MQM would support other opposition parties if they launch any movement against the PML-N government on the Western route of the CPEC.

Leader of Opposition in the National Assembly Khursheed Ahmed Shah wrote a letter to Prime Minister Nawaz Sharif on November 13, 2015, complaining that Sindh, Balochistan and Khyber Pakhtunkhwa were being discriminated against in the $46 billion project of the CPEC; Punjab would benefit the most from it. He said in his letter that eastern route of the CPEC had been preferred rather than the short and better western route, which might create resentment among other provinces against Punjab.