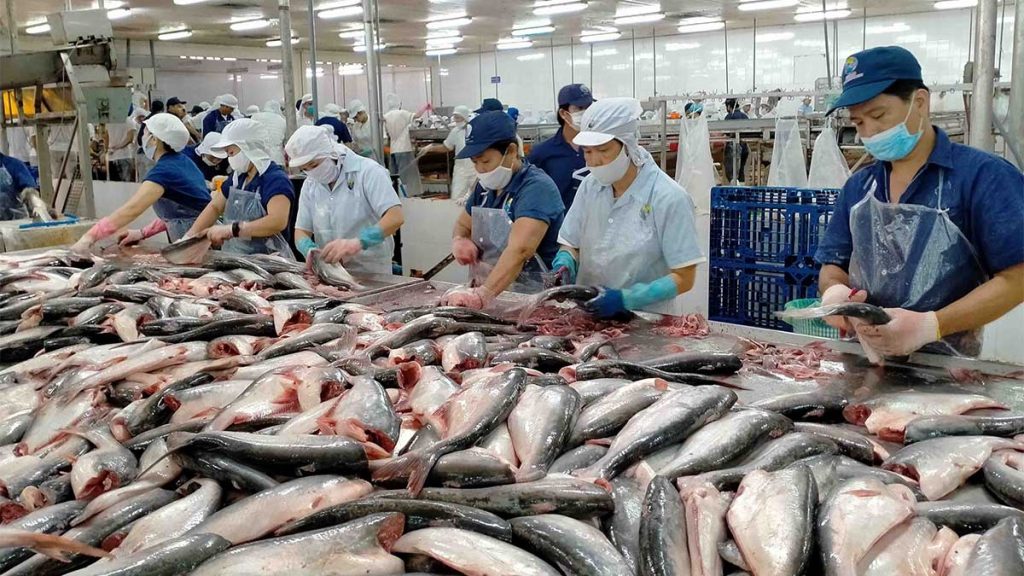 BEIJING, 4 November – According to figures from the General Administration of Customs of the People’s Republic of China (GACC), Pakistan’s exports of seafood to China reached $ 141.57 million, a 34% rise from January to September of last year.

The General Administration of Customs of the People’s Republic of China (GACC) reports that the trade in fish flours and meals (23012010), used in animal feed, from Pakistan to China was $49,48,000,000. More than 43549.19 tonnes were imported from Pakistan in volume between January and September, compared to 28486.12 tonnes during the same time last year.

The two countries bilateral trade has greatly expanded despite the COVID-19 pandemic. In the first nine months (January through September) of FY22, Pakistan’s exports to China were $ 2.57 billion, an increase of 2% from $ 2.51 billion during the same period of FY21 and a third consecutive year’s worth of growth.

According to Khurram Naseeb of Karachi-based A-One Fishmeal, “Demand for Pakistani fishmeal in China increased as a result of the rise in the price of alternative protein sources like soya bean, rapeseed meal, etc. on the global market. Because fishmeal is also used in aqua feed, Chinese aquaculture farmers favored increased demand for fishmeal this year “He declared.

He added that the RMB, the Chinese currency, was strong at the beginning of the year, favoring imports for the Chinese. He continued by saying that although more than 313 commodities, including fisheries, now have duty-free access to China as a result of the 2nd Free Trade Agreement, Pakistan’s fishery processing industry still needs to develop significantly if it is to increase exports.

Pakistan is blessed with a wealth of aquatic resources, according to Dr. Omer Mukhtar Tarar, Principal Scientific Officer, Food Technology & Nutrition Section, PCSIR Labs Complex, Karachi. A byproduct of the fishing business, fish meal is very valuable for both domestic use and export. The quality of the fish dinners must meet international standards to satisfy the buyer’s needs.

In addition, he listed a few initiatives that are currently being taken: “Maintaining the cold chain during the shipping of fish to a processing unit, TVBN reduction strategies in fish meal, and adoption of a strong quality assurance mechanism at processing units.”

He said that efforts are being made to sustain the supply chain in fishing boats for meal-grade fish. He continued by saying that the seafood business, including the fish meal industry, as well as public organizations, are aiming to meet all advanced international standards and facilities.