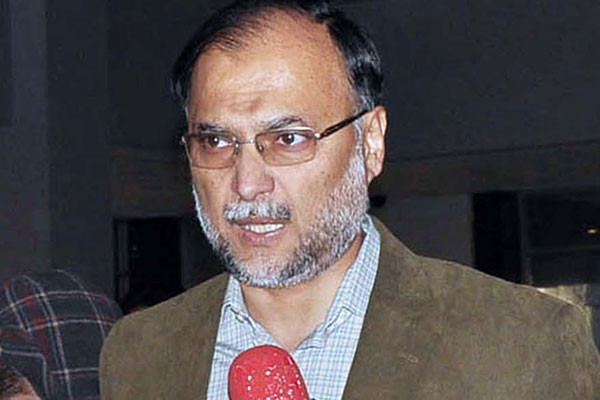 He said the government gave new hope to nation and international economic experts were considering Pakistan as new emerging economy of the world.

He said that Pakistan curtailed the menace of terrorism and also tried to overcome energy crisis, adding that the power load shedding would end in coming two years.

Ahsan Iqbal said now “We need to portray the positive image of the country to bring foreign investment and economic growth.”

The Minister said that Pakistan have huge potential to become top 10 economies of the world for which “We need to conduct research on modern technology.”

He said “We need unity, continuity and stability for economic growth and to bring the country among top 20 economies of the world by 2025.”

He expressed great concern over Pakistan being ranked as least efficient innovator.

He said, in knowledge economy era, creativity and innovation are fundamental drivers of progress and prosperity and no country can afford to ignore innovation.

“We are living in a very competitive world and being categorized as least efficient innovator is a very serious challenge which requires extra ordinary effort”, he added.

The Minister said that youth are considered as inspirational force for us who give positive message for future development of the country.

He said that education and modern knowledge is only way forward for our youth to compete with modern world.