Pakistan hopes its projects will be cleared first by AIIB 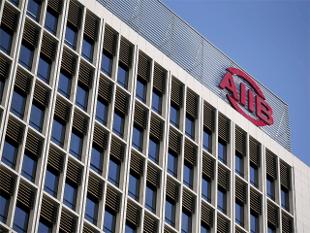 Share on facebook
Share on twitter
Share on email
Share on whatsapp
BEIJING: Praising the speed at which the China-backed Asia Infrastructure Investment Bank (AIIB) was launched, Pakistan has said that it hopes its projects will be among the first batch of schemes to be cleared by the multilateral development bank.

The management of the long-awaited AIIB is now working “very seriously” on devising the first projects, and “I hope projects in Pakistan will be among them,” Finance Minister Mohammad Ishaq Dar told state-run China Daily.

The speed at which the new bank has gone from a proposal to a reality has been impressive, he said.

“All the participants have contributed their best. Initially there was some skepticism, even criticism. But now that is all over,” he said.

Pakistan is among the 57 countries, who joined the Beijing based bank as founding members. Dar was here to attend the inaugural ceremony of the bank. Stating that the $46 billion China-Pakistan Economic Corridor, to be laid

through Azad Kashmir, will be accelerated this year, Dar however skipped any references to the AIIB financing the corridor as the bank’s rules prohibits funding projects in the territory claimed by another country.
Mutual consent is required in such cases. India has objected to the corridor project as it goes through the PoK region.
The corridor is expected to be funded by the $40 billion Silk Road fund set up by China.
Dar said the corridor will benefit the entire region, “It will create greater connectivity between Central Asia, South Asia and the Middle East, and it will reduce the travel time and travel costs by half,” he added.

With authorised capital of $100 billion and subscribed capital of $50 billion, AIIB will invest in sectors including energy, transportation, urban construction and logistics as well as education and healthcare.

China is the largest shareholder with 26.06 per cent voting shares.

India is the second largest shareholder with 7.5 per cent followed by Russia 5.93 per cent and Germany with 4.5 per cent.