Is Chabahar a danger to Pakistan? 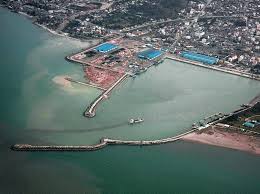 ndia and Iran recently inked the Chabahar Pact, sending alarm bells ringing in Pakistan. Located at the Sistan-Baluchistan province lying to the southern coast of Iran, it offers great strategic pathway to India, easily bypassing Pakistan. The route allows outreach to Afghanistan, a land locked country. For India, transport costs and freight time will approximately be reduced to a third to the Gulf as well as Central Asia.  India has pledged $500 million towards the project. Besides this, India has already pledged $100 million for a 220-km road that will link western Afghanistan to Chabahar.

Both India and Iran are driven by economic interests. Iran is interested in a free trade zone near Gwadar – to accelerate its economic development that had been held back by many years of sanctions it was blanketed under. Further, Saudi Arabia and Iran are rivals in the market of energy products. Interestingly, the Gulf Cooperation Council states and Saudi Arabia supply a good percentage of Oil India imports while Qatar is their biggest importer of natural gas.

India on the other hand is rearing its head vying to be a regional leader and without doubt, the development of Chabahar will lead to a boost in her regional status. Lindsay Hughes, Research Analyst, Indian Ocean Research Programme writes, “India, however, does not appear to seek to only import Iranian oil; it wishes to invest in Iranian oil and gas fields, thus further securing its energy from that country.”(April 26, 2016) Chabahar, once it takes off, will offer better ingress to India into Afghanistan and Afghani markets, this will in turn lead to a stronger say with the Afghan government. This will also improve India’s chances to angle for Turkmenistan gas.

Development of Gawadar Port had fallen in neglect although it was originally built in 2007 with the help of China. Only now, with CPEC coming up has Gwadar gained impetus and urgency. One of the biggest stumbling block to see Gwadar delivering on its promise is the low level insurgency Baluchistan faces. India has tried to use the same tactics in Baluchistan as it did in Bangladesh. “Leaders of Baloch insurgencies have publicly listed India among their sponsors. Brahamdagh Bugti, a BLA leader, said that he accepted assistance from India and Afghanistan to defend the Baloch nationalist cause.”(Foreign Policy Journal, March 30, 2010)  In 2016, Kulbhushan Yadav, a RAW agent caught in Baluchistan, and later interrogated, “revealed he had been imparting Naval fighting training to Baloch separatists in an attempt to target Pakistani ports.”(Dawn March 27, 2016) Not to forget that according to The News, “An initial budget of $300 million has been earmarked by RAW for subverting the economic corridor.” (May 11, 2015)  Peace and a tight control over any possible escalation of insurgency or acts of terrorism are mandatory for meeting the development benchmarks for Gwadar. India’s growing influence in Afghanistan will also have a negative cascading effect on Pakistan, influencing the growth of CPEC and Gwadar. Growing jobs in Baluchistan too can lead to weakening of the simmering insurgency. It will be to India’s advantage to use multi-pronged tactics to delay if not to scuttle CPEC that lends boost to a developing Gwadar.

In light of India’s regional ambitions, China would like to keep Pakistan close more especially in light of its committed investments in Pakistan. India also feels with Chabahar operative fully, Afghanistan will be more independent in formation of her policies without being constrained by Pakistan.

One important tactic to keep Gwadar safe from attacks is, “The sense of containment will only increase with plans to build a security fence that will completely surround the town as the port is developed. “Everyone coming in will have to show a residency pass so we can keep a record of who lives in Gwadar,” police inspector Chakar Khan explained.” (The Guardian, February 4, 2016)

Focusing on Tajikistan; a gas-rich country already has its Ayni Air Base also known as the ‘Gissar Air Base’ with India, located 10km west of the capital of Tajikistan-Dushanbe. “Between years 2002-2010, India invested approximately $70 million in renovations, installing state-of-the-art air defense navigational facilities. The runway was further extended. This access offers immediate strategic depth in the region to India. The second place of Indian foothold is the Farkhor Air Base; a military air base located near the town of Farkhor in Tajikistan, 130 kilometers southeast of the capital Dushanbe. In 1996-97, the Research and Analysis Wing (RAW) started negotiations with Tajikistan to use the Farkhor Airbase to transport high-altitude military supplies to the Afghan Northern Alliance, service their helicopters and gather intelligence.” (My Op-Ed September 24, 2013)

The net result of the developments is a scenario with only Pakistan having a weaker influence with Afghanistan. Theoretically, though one would support a ‘hands off policy’ by Pakistan so far as Afghanistan is concerned, practically to have it replaced by Indian increased influence in light of the porous border shared by Pakistan and Afghanistan, Zarb-e-Azab afoot and Indian involvement in Baluchistan poses a dangerous situation for Pakistan. It puts Pakistan’s policy to severe test.

Without becoming India-centric, Pakistan needs to devise its policies in light of the new ground realities. This means ensuring security and lawlessness situation, fencing the Gwadar area, providing all facilities to investors in Gwadar project at any cost. Sweeping tax concessions for Gwadar is a wonderful step. It needs however to be implemented in letter and spirit.

“Reality is that which, when you stop believing in it, doesn’t go away.” (Philip K. Dick)

The writer is a lawyer, academic and political analyst. She has authored a book, ‘A Comparative Analysis of Media and Media Laws in Pakistan.’ Her mail ID isyasmeenali62@gmail.com  and tweets at @yasmeen_9