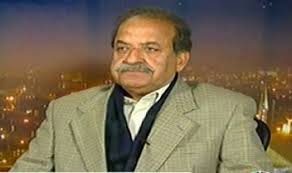 Abbottabad: Governor Sardar Mahtab Ahmad Khan on Saturday said that the China-Pakistan Economic Corridor (CPEC) would not only boost economic growth in the entire region, but would also open new horizons of development in Hazara.

A handout said that he was addressing a gathering after planting a sapling in connection with the billion tree tsunami campaign at Bandapeer Khan Union Council in Abbottabad.

“The CPEC project will be a game-changer for the entire region particularly Hazara,” he maintained.

Sardar Mahtab added that the establishment of dry port in Havelian would create job opportunities for the local people. He said the Burhan-Havelian motorway would be completed in December this year.

The governor said in the past timber mafia destroyed the precious wealth of forestry in the region.

He added the provincial government should establish more schools for girls in remote and far-flung areas.