Disunity on CPEC will be a bad omen: Ahsan Iqbal 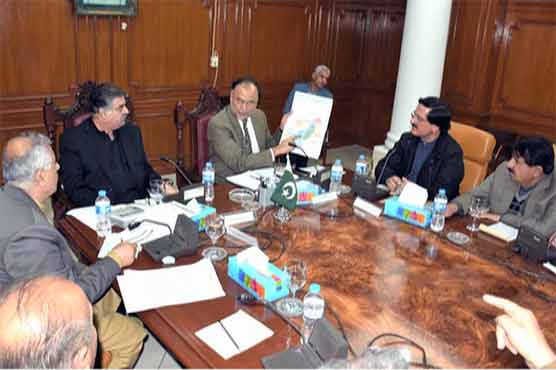 Quetta:  Minister for Planning and Development Ahsan Iqbal said on Friday that Balochistan will be the biggest beneficiary of the game changer China Pakistan Economic Corridor (CPEC) project being the gateway to it. He was talking to the media along with Chief Minister (CM) Balochistan Sanaullah Zehri in Quetta.

According to the details, Ahsan Iqbal said that the government believes in equal development of all the areas and no discrimination is being meted out to Balochistan and Khyber Pakhtunkhwa (KP) in the execution of the CPEC.

He said he has held fruitful discussions with different political parties in the province who have extended their full support to the CPEC. He said the CPEC will link the backward areas of Balochistan with the rest of the country and bring prosperity there.

He said the development projects in the province are being executed on priority basis. CM Balochistan Sanaullah Zehri said efforts are being made to improve law and order situation in the province, and the foreign investors will be provided foolproof security. He said focus is being laid on the construction of roads and people will see visible change in the province during the tenure of present government.