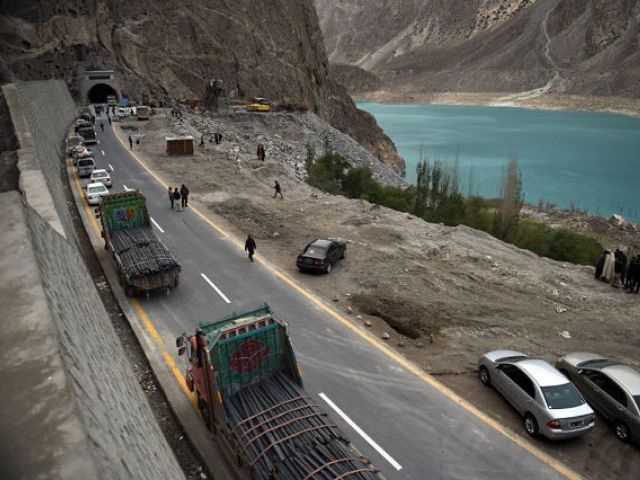 Islamabad: In a first concrete step towards implementing the decisions of last year’s all-party conference (APC), the government cleared on Wednesday construction of the 285-kilometre long western route of the China-Pakistan Economic Corridor (CPEC).

The Central Development Working Party (CDWP) cleared the Hakla-Dera Ismail Khan four-lane expressway at an estimated cost of Rs129.8 billion, which will link the undeveloped areas of Punjab and Khyber-Pakhtunkhwa with the CPEC road network.

The CDWP also approved another project at a cost of Rs13.6 billion to acquire land for construction of this western route.

Both the projects will now be placed before the Executive Committee of the National Economic Council (Ecnec) for final approval. The CDWP has the mandate to approve projects worth up to Rs3 billion and recommends higher cost schemes for the final approval of Ecnec.

Headed by Planning Minister Ahsan Iqbal, the CDWP sanctioned Rs218.2 billion worth of development projects, including seven projects worth Rs203.5 billion which were referred to Ecnec.

An APC had recommended that the government give priority to the western route of CPEC, which passes through some of the hinterlands of the country and can help address the issue of poverty in these areas. The government had initially preferred the eastern route and allocated more than 90% of CPEC funding for its earlier completion.

The Hakla-Dera Ismail Khan road will be completed by June 2018 and work is expected to begin by the middle of this year. The proposed motorway will be built as a controlled access facility and includes provision of 11 interchanges, 19 flyovers, 15 bridges, 74 underpasses, 259 culverts and three major bridges.

The new proposed road network will facilitate the traffic in backward areas of Punjab and K-P. The proposed alignment will start near Hakla on M-1 motorway and after traversing through Fatehjang, Pindigheb, Tarap, Daudkhel, Mianwali, Isa Khel, Kundal, Rehmani Khel, Abdul Khel, Paniala and will end near Yarik on N-55.

Ahsan Iqbal said this portion of western route is being built as per the decisions of the APC held in May last year.

The proposed alignment of the project along the western route of CPEC has been taken up as agreed during the 5th Joint Coordination Committee meeting between China and Pakistan that took place in November 2015.

The CDWP also recommended a project for installation of Ship Lift and Transfer System to provide facilities to surface ships, submarines and commercial vessels up to Dead Weight 7.781 tons net lifting capacity at the cost of Rs9.8 billion. The original cost of the project was Rs3 billion. This will enhance repair and maintenance capability of by than 13 vessels at a time, provide strategic launch facility for newly constructed submarines in Pakistan and increase its ship repairing and building capacities by 300%.

In the energy sector, the CDWP recommended Golan Gol Hydro Power Project at a cost of Rs28.4 billion for the approval of the Ecnec.  It also a 500KV Islamabad West project at the cost of Rs3.6 billion to Ecnec.

The CDWP deferred the approval of Nai Gaj Dam due to objections over its cost and non-availability of funding.  The original PC-I of the project was approved by the ECNEC in 2009 at a cost of Rs16.9 billion, which in 2012 was revised to Rs26.2 billion. Now the Wapda has sought another revision, increasing the cost to Rs46.6 billion.