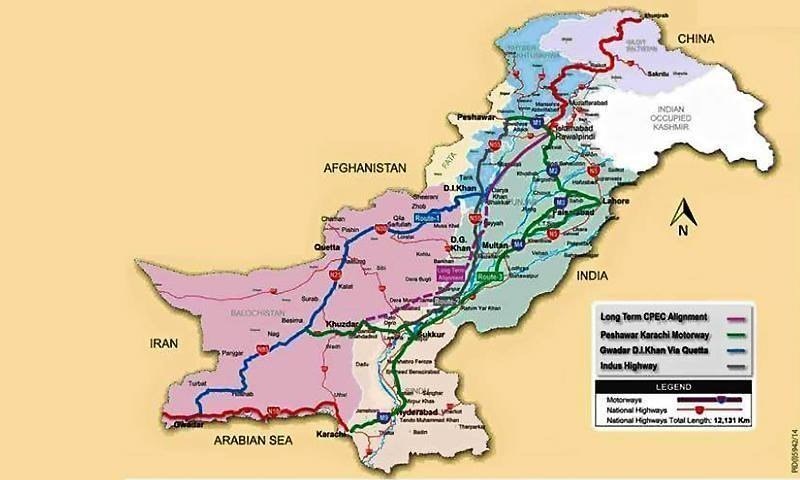 Almost nine months after President Xi Jinping’s visit to Islamabad, the China-Pakistan Economic Corridor is proving to be a major attraction for domestic investors who see it as catalyst for Pakistan to grow its economy at a pace achieved by leading regional peers.

Some major business groups have started investing in expanding their production capacity of such materials as cement, steel, electric cables and glass that they expect will be ‘in huge demand as work on the CPEC projects moves ahead at a faster pace in the months to come’.

For example, the Nishat Group is setting up a cement plant in Balochistan and the Lucky Cement in Punjab. The Younus Brothers, owner of Lucky Cement, is also establishing a coal power plant in Karachi.

CPEC is not only attracting domestic investors but also foreign capital. — Abdul Basit, chairman of the Punjab Board of Investment and Trade

A steel mill in Karachi, which is said to be the major supplier of steel for the Lahore Orange Line Metro Train project, is said to be planning to expand its capacity. A Lahore-based electric cable manufacturer — Fast Cables — has expanded its manufacturing facility to meet the future demand of CPEC-linked projects and is planning to boost it further and a Peshawar-based investor is said to have shown interest in setting up a steel plant near Lahore.

“All these investments are centred round the CPEC as the corridor acts as a magnet to pull the investors,” said Abdul Basit, chairman of the Punjab Board of Investment and Trade (PBIT). He claimed that CPEC is not only attracting domestic investors but also foreign capital. “Several foreign companies are keen on partnering with local investors and provincial government (of Punjab) to launch projects in different sectors of the economy,” he added.

Businessmen like Mian Mohammad Mansha argue that the CPEC implementation will turn Pakistan into the centre of global economic activities. Others agree.

“The CPEC is the last opportunity for Pakistan to get out of vicious cycle of low growth and improve the lives of its people,” says Ijaz A Mumtaz, former president of the Lahore Chamber of Commerce and Industry (LCCI).

Pakistan remains one of the slowest growing South Asian economies for the last several years despite being the second most populated country after India. Pakistan’s economy is estimated by the World Bank to expand by just 5.5pc during the calendar year 2016. On the other hand, growth in India is expected to speed up to 7.7pc, Bhutan to 7.2pc, Bangladesh to 6.8pc and Sri Lanka to 5.6pc. Only Maldives and Nepal are estimated to grow more slowly than Pakistan, according to a new World Bank report.

By 2018, the report estimates India to escalate its growth rate to 7.9pc and Sri Lanka to 6pc. Bangladesh and Pakistan will maintain their GDP (gross domestic product) growth rate at 6.8pc and 5.4pc respectively.

Businessmen like Ijaz Mumtaz are worried that the ongoing spat over corridor route and federal investment plans around the CPEC initiative could derail the project. “The chances are the CPEC project will get embroiled into a controversy at the expense of our people unless our politicians and policymakers learnt from the past. Its implementation is largely predicated on political consensus on the initiative,” he warns.

A senior banker from Lahore told Dawn that his bank has recently been approached by several businessmen from Lahore and Karachi to ‘explore the possibility’ of long-term financing for medium to large projects they plan to set up along the CPEC.

“At present most businessmen are interested in setting up projects for producing materials required in construction. It is natural because we do not have enough capacity to meet the demand for such materials once the implementation of the initiative catches pace over the next few months,” he said.

He, however, is of view that private investment — barring from some large business groups — will be dependent on government policies and its ability to handle the energy shortages in the country. “I see the business confidence rising because of the anticipated opportunities that the CPEC initiative is expected to unlock for the investors. But private investors appear to be waiting for government to remove bureaucratic and energy impediments.”