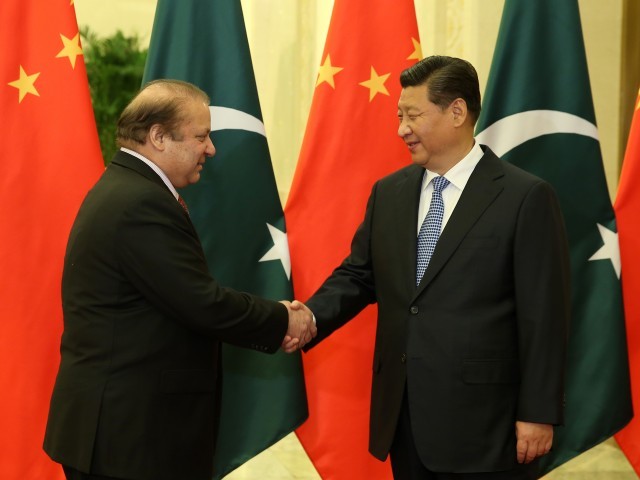 The China-Pakistan Economic Corridor may be a genuine, transformational moment in the country’s history, but, as with so much else under the present government, there is far too much secrecy and far too little transparency when it comes to the execution of colossal infrastructure and energy projects.

The sense that the PML-N government appears to be treating the economic corridor projects as some kind of gift to the nation — from the Chinese via the PML-N government to the Pakistani people — has been re-emphasised by a special bicameral parliamentary committee on CPEC.

Committee chairman Senator Mushahid Hussain announced recently that the committee members will travel to Sindh and Balochistan at the end of the month to inspect for themselves the progress on CPEC-related projects — this after stinging criticism by opposition parties and a far from robust defence by government officials of the PML-N’s real intentions.

As ever, the crux of the matter remains whether or not the supposedly national CPEC will be used to disproportionately, and unfairly, benefit Punjab at the expense of the other provinces. It is a potentially explosive inter-provincial issue that refuses to go away — and the PML-N must largely be blamed for the continuing political controversy.

Why is the government so loath to share comprehensive and up-to-date details on all CPEC-related projects with the public? Government officials may claim that there is an avalanche of data available, but in fact it is an uneven drip, drip, drip of information.

For example, why cannot there be a government-run online portal listing the various projects, the sources of funding, the stages of completion and weekly updates to publicly and unequivocally demonstrate that CPEC projects are being pursued evenly and in a cost-effective manner.

In addition to political speculation about a Punjab bias, there are very real concerns about the costs that CPEC projects will impose on the state.

As a report in this newspaper on Monday emphasised, many of the projects are to be financed by Chinese loans to the federal government that will impose significant and long-lasting costs on the state. For every dollar that is received as aid or a grant from the Chinese, there appear to be many, many more dollars that will have to be repaid over many years, indeed decades.

Why are the accounting and the long-term costs not being made public by the federal government?

In addition to the issue of overall costs to the state, and therefore the taxpayer, there is the question about how much of the spending on CPEC projects will accrue to Chinese companies and not to Pakistani talent.

While the political and military leadership have rightly pledged absolute support for the safety and security of Chinese personnel working inside Pakistan, there appears to be very little consideration given to employment opportunities for Pakistani or encouraging private-sector investment.

Local employment and investment should be a central objective of the CPEC projects.