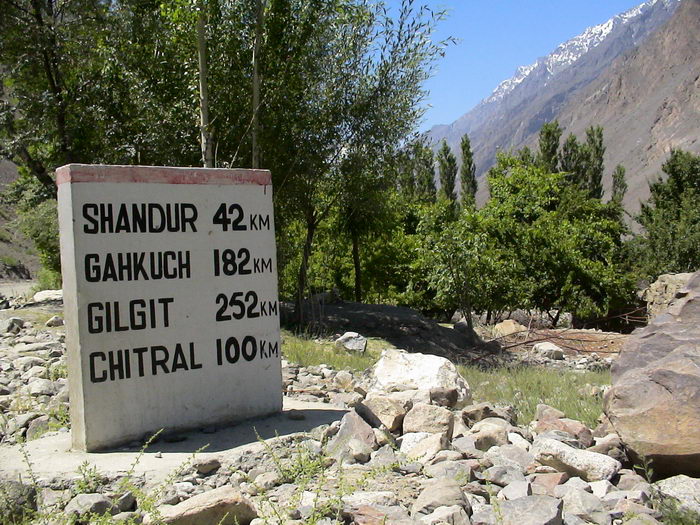 Chitral: The civil society organisations on Thursday demanded the passing of the China-Pakistan Economic Corridor route through Chitral.

The demand was made during the CPEC Conference convened by Chitral Chamber of Commerce (CCC) president Sartaj Ahmed Khan.

The event was largely attended by representatives of civil society organisations and political activists.

The participants said the CPEC route should pass through Chitral, whose geography and tranquil and peaceful atmosphere the best suited to it unlike other regions.

District nazim Maghfirat Shah said his government and the civil society were on the same page regarding the CPEC route diversion to Chitral strongly feeling that there was no route better than the one suggested by them.

He said the passing of the corridor route through Chitral would change usher in the era of development and prosperity in the backward and marginalised region.

“The CPEC project will be a failure if the federal government ignores the real stakeholders and doesn’t take into consideration the ground realities while deciding the alignment of the route,” he said.

The nazim said Chitral had a strategic significance due to its proximity to China and the central Asian state of Tajikistan and that it was a undeniable fact that Chitral provided the shortest path between Pakistan and Tajikistan.

The conference later unanimously passed a declaration, which urged the federal government not to ignore the viewpoint of Chitralis on the CPEC, and make their region part of the corridor’s route.

The Snow Leopard Foundation has distributed financial assistance among the people of the flood-hit areas of Chitral for the rehabilitation of drinking water schemes and irrigation channels washed away by the torrential floods in July last year.

In a function held here on Thursday, chief conservator of the provincial wildlife department Syed Safdar Ali Shah gave away the cheques to the representatives of half a dozen villages, whose pastures are known to be the habitat of snow leopard.

Head of SLF district head Khursheed Ali Shah said his organisation had been extending financial support in different forms and ways so that their conflict with the wild cat could be mitigated as it inflicted a financial loss on them by attacking their livestock.

He said the SLF assistance for the villagers of Drungagh, Mori, Koghuzi, Jang Bazar and Goldur was part of the compensation package.