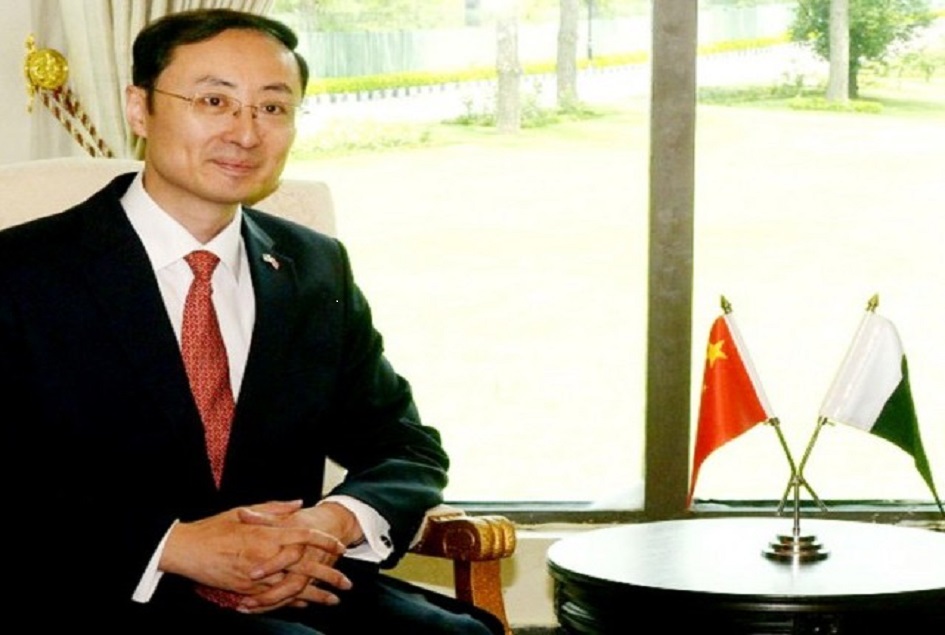 Islamabad: China has made the historic China Pakistan Economic Corridor (CPEC) initiative as part of its 13th five-year economic and social development plan for the year 2016-2020.

This was stated by Chinese Ambassador to Pakistan, Sun Weidong while addressing the Chinese and Pakistan journalists at the day-long China Pakistan Economic Corridor Media Forum here.

Giving details of the CPEC initiative, he said it is a process rather  than just one project.
Building CPEC needs to be based on scientific research and designed by short, mid and long-term planning.

As the old Chinese proverb says, “A journey of a thousand miles begins with the first step. We need to make persistent efforts based on determination and diligence, to achieve a sustainable development of CPEC.”

He said Chinese President Xi Jinping proposed the initiatives of the Silk Road Economic Belt and the 21st Century Maritime Silk Road, or the Belt and Road initiative.

The initiative embraces the trend towards a multipolar world, economic globalization, cultural diversity and regional integration. China-Pakistan Economic Corridor is a major and pilot project of the Belt and Road Initiative. The CPEC has become the buzz word today and the focus of the media.

He said CPEC is a vision. CPEC is an important consensus reached between our leaders and governments, and gets the full support of our two peoples.It will strengthen the time-tested China-Pakistan friendship, bring our two brotherly countries more closer, and lay a solid foundation for building a China-Pakistan community of shared destiny.

Second, CPEC is a platform. It is a comprehensive cooperation framework and identified the four major areas of energy, transport infrastructure, industrial parks and Gwadar Port.

“We also expect the fields of CPEC to be expanded to finance, science and technology, education, poverty alleviation and social development in the near future. Third, CPEC is an opportunity. CPEC is based on the spirit of openness and win-win cooperation.

It faces whole Pakistan and brings benefits to the people of China and Pakistan. It is also a fusion of multiple developments, aiming to peace, prosperity and well-being of the peoples of the
region and the world at large.

He said the construction of CPEC has made smooth progress. “Recently, we successfully concluded the 5th meeting of Joint Cooperation Committee on CPEC.”

The meeting has reached a number of agreements. In the energy sector, out of the 14 priority projects, Port Qasim Power Plant, Sahiwal Power Plants, Zonergy Solar Project and many others are under construction. He said nine projects have achieved or reached the advanced stage of financial close.

“We have held comprehensive and productive consultations on various infrastructure projects,” he added.
The Chinese companies will speed-up the development of Gwadar Port. All these projects will definitely play a leading role in the construction of the CPEC in the future.

He said the construction of the CPEC is a huge and systematic project. It requires long-term efforts of governments, enterprises and people from all walks of life.

Ambassador Sun said China will continuously encourage Chinese companies to invest in Pakistan, adding, “We highly appreciate the Pakistan side for attaching great importance to the safety of Chinese personnel and institutes in Pakistan.”

He expressed the confidence that Pakistani side will continue to take  all the necessary measures in this regard. He said recently, he visited several cities in Pakistan and was happy to see that CPEC has won support from all the parties and the peoples from Pakistan.

In Faisalabad, Chinese technicians train Pakistani workers with textile technology hand by hand.   “In Quetta, I witnessed the aspiration of local government, army, media and civilians to the CPEC.” In Lahore, the newly built Pak-China Friendship Pavilion has become a new symbol of CPEC and our friendship. These are the real sources of our strength.

“We are in the era of history-making. The CPEC forum is a favorable platform for our two media communities to make extensive and in-depth exchanges and achieve fruitful outcomes.” He hoped that the media could continue to support and make comprehensive coverage on CPEC in the future.