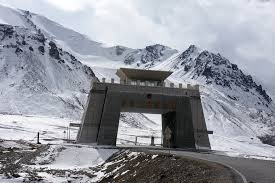 Lahore: Local cement consumption surged 17.49 percent in the first eight months of the current fiscal due to the growing infrastructure development projects in the country, data released by All Pakistan Cement Manufacturers Association (APCMA) said on Friday.

According to the APCMA figures, overall, the cement industry posted a growth of 8.71 percent during the first eight months of the current fiscal year compared with the same period last fiscal.

A spokesman of the All Pakistan Cement Manufacturers Association said the buoyancy in cement demand has kept the wheel of the industry moving. He said the timely increase in capacities has ensured the industry would be able to meet the local demand easily.

He said the industry was going for further expansions anticipating increase in economic activities as the China-Pakistan Economic Corridor nears completion.

The spokesman added that industry was operating at a capacity of more than 80 percent and with a little support of government, it can do wonders.

He regretted that the problems faced by the industry remained unresolved.

The All Pakistan Cement Manufacturers Association spokesman said the duty on coal – an important input of the industry, has still not been withdrawn. Moreover, the checks on Pakistan-Iran border were still lax which facilitates smuggling of Iranian cement to the Pakistani market.  The issue of under-invoicing of Iranian cement, he added, was also not being addressed.