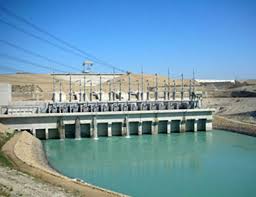 Islamabad: Pakistan expects half of the $1 billion it’s seeking for clean-energy projects this year to come from China after an agreement between the two nations aimed at helping the government in Islamabad develop its infrastructure for years to come.

Syed Aqeel Hussain Jafri, director of policy at Pakistan’s Alternative Energy Development Board, said 90 percent of the money for renewable power plants will come from overseas, with China the biggest benefactor. Excluding hydro, the ambition is to add about 800 megawatts of renewables this year, double the current installed capacity.

Pakistan relies on hydro-electric units and traditional fossil-fuel plants for almost all of its 25 gigawatts of generation capacity, according to Bloomberg New Energy Finance. Many of its 183 million people suffer routine blackouts. Last year, the two nations signed a $45 billion program known as the China-Pakistan Economic Corridor to upgrade Pakistani infrastructure.

“It’s easier to get Chinese financing due to CPEC so we expect China’s investments to continue propelling the clean energy space in future as well,” Jafri said.

The deal has bolstered investor optimism in Pakistan and has the potential to lift long-term growth, according to a report by the World Bank. The agreement would boost investment in energy, port and transportation projects across Pakistan in the next few years.

Pakistan currently has about 308 megawatts of wind-energy capacity through six projects working in the Sindh province, according to Jafri. That may grow to 800 megawatts by year-end as eight projects in the same region get commissioned. The official said overseas development banks probably would provide much of the remainder of the funding needed.

The Quaid e Azam solar park in Punjab province will add 300 megawatts of capacity to the existing 100 megawatts by March or April, he said. Chinese firm Zonergy Co Ltd. will set up 900 megawatts in this 1-gigawatt solar park.

“Renewable energy in Pakistan has attracted maximum investments compared with all sectors at $2 billion over the last two years, of which 90 percent has been foreign investment,” Jafri said.