China-Pakistan Economic Corridor: Lines of development – not lines of divide 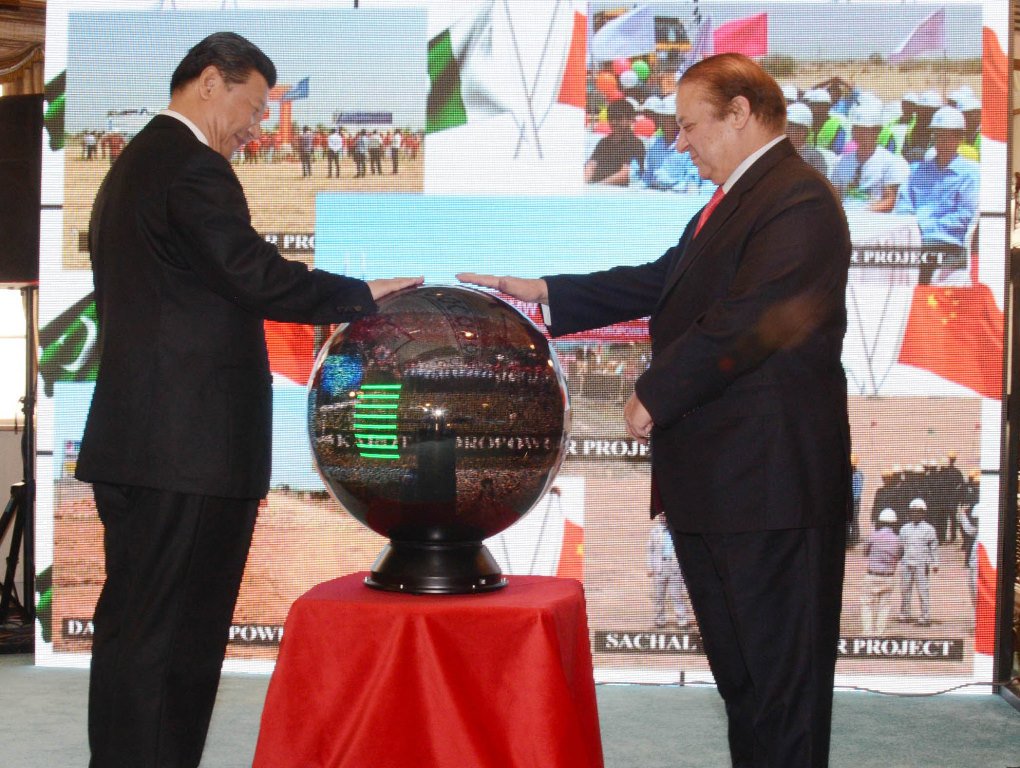 ISLAMABAD:
Pakistan today stands at a crossroad where it can utilise all resources and benefit from the Economic Corridor or squabble on its provincial divide. While the latter would most definitely result in further division of an already torn up country, a resolution to the conflict – where the government resolves differences – would lead to uncountable benefits for the current and future generations.

However, both China and Pakistan do not have the luxury of time.

As part of its long-term planning, China has framed three corridor routes to overcome a greater security challenge in the South China Sea in shape of possible blockade of Sea Lane of Communications at the point of Straits of Malacca during conflict times. Any blockade may stop 80% of Chinese imported energy supplies from the Middle East and West Africa. It also wants to develop western hinterlands by heavily investing in these regions.

The southern corridor begins from Guangzhou, which is the third largest city of China in South Central China. This route moves towards western parts of China and connects Kashgar with Pakistan at Kunjarab – a point from where China wants to link to Gwadar port in the Arabian Sea. It is the shortest and the most feasible option for China. But it is not the only option.

The second Chinese option is the Central Corridor that starts from Shanghai and links the country to Tashkent, Tehran and onwards to Bandar Imam Khomeini Port of Iran on the Persian Gulf. One of its branches goes up towards Europe. This is the longer route but could be an option, if Pakistan does not deliver on the timelines of completing its road network to become a beneficiary of the New Silk Road Economic Belt.

The third Chinese option is the Northern Corridor that starts from Beijing, passes through Russia, and links it to European cities.

After over a decade of planning, China formally launched the idea of Silk Road Economic Belt, known as the One Road, One Belt, in October 2013.

The fear of a maritime blockade imposed by the US in the event of a conflict in East Asia has led Chinese thinkers to look for ways to bypass sea lanes subject to US naval dominance, writes Nadege Rolland, the Senior Project Director for Political and Security Affairs at the National Bureau of Asian Research (NBR) in his February 2015 article.

In this backdrop, China and Pakistan signed a Memorandum of Understanding on China-Pakistan Economic Corridor on July 5, 2013. The agreement was signed during Prime Minister Nawaz Sharif’s visit to China.

The CPEC, which will be constructed from 2014 to 2030, talks about integrated links to Chinese One Road, One Belt and 21st Century Maritime Silk Route. With active consultation of Chinese authorities, Pakistan has prepared a plan to construct three corridors, the western alignment, the central alignment and the eastern alignment. The last one has been picked for development in the first phase.

Article 3 of July 2013 MoU on Long Term Plan of CPEC explains the rationales behind picking the eastern corridor. “Long-Term Plan should be developed under the principle of scientific planning, steadily developing, and take the easiest the first,” it states.

It was on China’s demand for security and early completion of the route that led to the finalisation of the eastern corridor. The western route, where the Pakhtoon and Baloch belts lie, cannot be developed at a faster pace and is riskier in terms of security. However, there is a counter argument that development would address the security concerns.

The eastern alignment will pass through Thakot-Mansehra-Islamabad-Lahore and Multan. From Multan, the route will be linked to Hyderabad through Rohri and Dadu. The Hyderabad-Karachi portion will be linked through M-9. Karachi will then be linked to Gwadar through N-10 East Bay Express Way along the coastal line.

The work on central alignment will be completed later whereas construction on some parts of Gwadar-Dera Ismail Khan via Quetta route – western alignment – has already begun.

The argument that some parts of the country are being deprived off may be true in the short-term but, in longer term all these cities will be connected to the corridor. All provincial capitals are included as nodes, the key corner stones of CPEC on which it will be constructed. These nodes are at Peshawar, Islamabad, Lahore, Sukkar, Karachi, Gwadar and Quetta.

While China will be able to address its strategic concerns, development activities will help propel growth in the country and could become a source for sustainable development. CPEC-related activities involve work worth $50.6 billion, although majority of the agreements will be settled in China.

The role of the provinces remains critical as they will provide land for development projects and provision of allied facilities.

However, policymakers face significant challenges of creating synergy in leadership for ownership of CPEC, coordination among all organs of the state to realise projects in time, maintaining political stability and consensus and assuring security.

If, due to any reason, Pakistan remains unable to complete its part of the work in a timely fashion, the Chinese will still have the option to opt for other routes by cutting the country out from its long-term strategic planning.