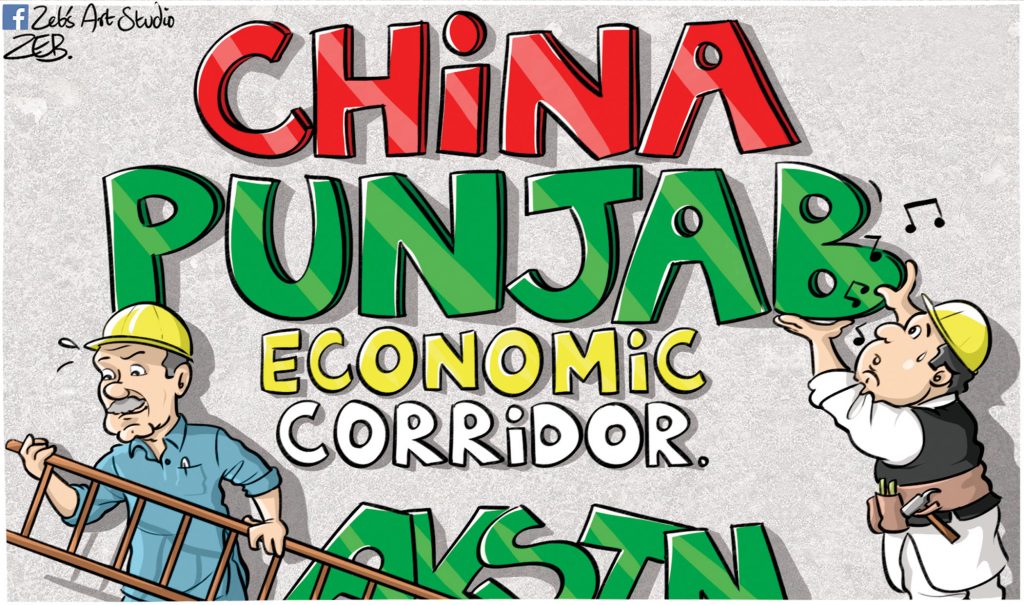 During the recent landmark visit of Chinese President Xi Jinping to Tehran, the two countries agreed to enhance cooperation including in fossil and renewable energy, transportation, railways, ports, industry, commerce and services.

China, along with the United States, Britain, France, Germany and Russia, was among the countries that reached the agreement with Iran in July to curtail its nuclear activities in exchange for ending international sanctions.

Media reports said China has committed an immediate injection of $51 billion into Iran, vowing to enhance bilateral trade to the tone of $600 billion in the next 10 years. This would almost match China’s immediate investment in Pakistan under the ambitious CPEC project.

A well-placed source in the federal government told Pakistan Today that intelligence reports submitted to Prime Minister Nawaz Sharif have warned him about the offer made by Iran.

“During the meeting with President Xi Jinping, Iranian President Hassan Rouhani asked his Chinese counterpart to adopt Chabahar Port rather than Gwadar which would be linked to a secure, beneficial trade route including a pipeline linking Iran and China,” the source said.

“The Iranian president said that there was a difference of only 36 kilometres between Gwadar and Chabahar but Iran would provide a route to Chinese shipments that was safer than Pakistan,” the source added.

The source said that the Iranian leadership gave President Xi Jinping a detailed briefing on its offer, detailing various possible routes from China to Chabahar.

The source said that national harmony and unity are two words very near and dear to the heart of the Chinese government and it is already concerned about the prospects of the CPEC due to instability and the scourge of terrorism that poses a major threat to the economic corridor.

It is pertinent to mention here that political bickering is increasing among the four provinces of Pakistan. Politicians are all trying to get major chunk out of the CPEC funding. Observers and analysts blame mishandling by the federal government for widespread concern over what they call an uneven distribution of resources among the four provinces.

According to the plan, not only has the Punjab government won the trade route, a major chunk of development and energy projects are being established in central Punjab, which have triggered a debate over the route.

“The Chinese government is largely concerned over the handling of the CPEC. They are unhappy over the fact that the federal and Punjab governments are only interested in energy projects, which the Sharif family wants to be completed before time. But no focus is being laid over the route construction and evolving harmony and unity over the trade route,” the source said.

The source added that China had already completed its part of the trade corridor but Pakistani government was way behind vis-à-vis completion of trade route on its side of the border.

The source said even the military leadership was also unhappy with the handling of the CPEC by the federal government.

“Everything in CPEC is being handled by the close relatives of the prime minister. Even federal ministers are kept out of the loop,” the source said, adding that it was a major reason that while the chief ministers of Khyber Pakhtunkhwa and Sindh were asking for more shares, none of the federal ministers known for their strong loyalty to Sharifs come forward to defend the CPEC.

When contacted, Planning and Development Minister Ahsan Iqbal said that Iran had already shared its plans for establishing its own corridor with China.

“Yes, they are working on it. In his recent visit to Islamabad, Iranian Foreign Minister Javad Zarif had also informed Pakistan about his government’s plans to develop a trade corridor linking Iran and China,” he added.

Iqbal said it was a world of competition and every country has the right to vie for its own advantages.

Asked whether the government feels threatened by the growing interest of China in the Iranian corridor, Ahsan Iqbal said that Pakistan does not feel threatened by Chabahar Port.

“Look, Gwadar provides the best solution to trade ambitions of China. But we have to resolve our problems very fast. Our politicians need to understand that if we keep fighting on shares, entire Pakistan can lose the benefits of CPEC,” he added.

Asked whether there were any chances that China might scrap CPEC for Chabahar, Ahsan Iqbal said China was a time-tested friend and it would never leave Pakistan in the lurch.

“The Chinese government would never leave Pakistan. But if we don’t resolve our differences, Chinese investors might opt for other countries rather than investing in Pakistan,” he added.

Tong Liang, a Chinese journalist based in Islamabad and covering the CPEC, was also of the opinion that there is no alternative to CPEC for Chinese government.

‎”Without any claim of authority as representing a Chinese official, I believe that no alternative of CPEC can be found. CPEC is not a transit corridor that can be replaced by any route that reaches the sea, it is an economic corridor that aims at boosting Pakistan’s development as a modern and industrialised country,” Tong said.