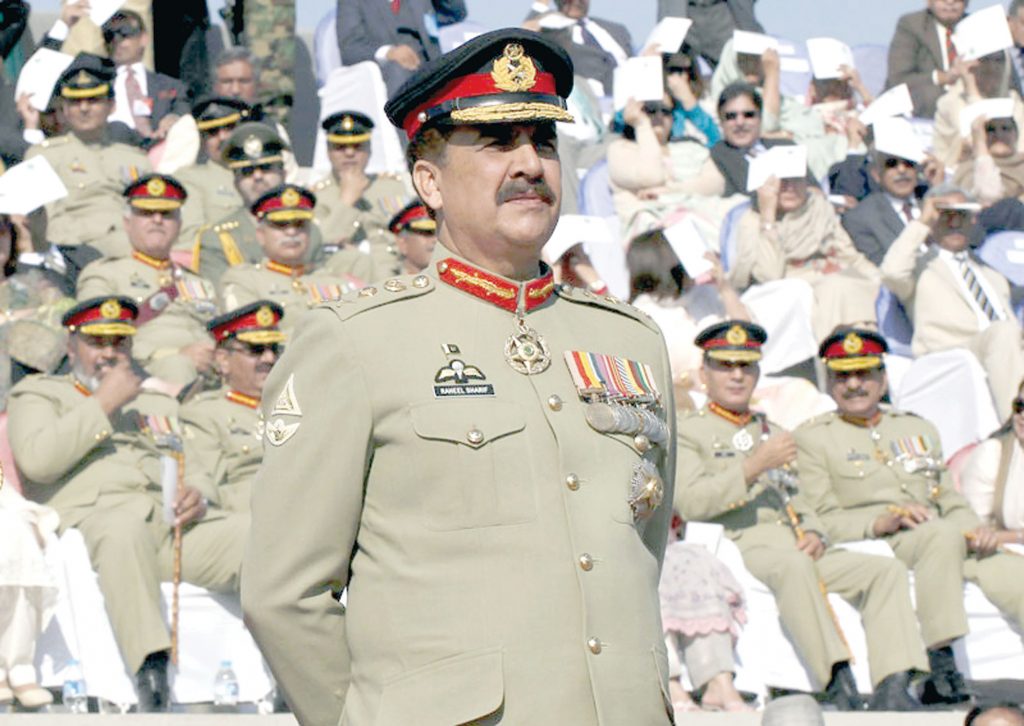 hief of Army Staff (COAS) General Raheel Sharif is set to leave for a crucial visit to China where he will be holding important meetings with Chinese political and military leadership on bilateral matters.

An informed source told Pakistan Today that besides military to military relations, the army chief would be discussing the implementation of China-Pakistan Economic Corridor (CPEC) and challenges and threats to this multi-billion project with the Chinese leadership and would return home on Thursday.

Recently, media reports suggested that the Chinese government was concerned over the slow implementation of CPEC-related projects and that the capability and capacity of Pakistan’s bureaucracy and skilled workforce was the major cause behind delays.

One of the reports suggested that China had hinted at Pakistan military’s monitoring of the CPEC projects as army was considered the only state institution which was fully functional and effective throughout the country.

Nevertheless, the federal government is reluctant to share any responsibility with the army as regards the CPEC since it aims at getting political mileage out of this significant mega project which involves energy projects of $ 38 billion and infrastructure development projects besides free economic zones mostly in the Punjab province.

Furthermore, expansion of military to military relations between both the friendly strategic partners would also come under discussion during General Raheel Sharif’s visit to China against the backdrop of India’s agreements with the US and Russia for purchase of fighter jets and other military equipment.

With the US having already cancelled its aid to Pakistan for F-16 fighter jets, Pak-China talks are in progress for expanding Pakistan’s nuclear capability, as China has also reinforced JF-17 jets with Russian engines.

JF-17 Thunder is another symbol of the level of defence cooperation between both the strategic partners. Beijing has provided Islamabad with its most developed J-10 helicopters.

The WS-13 engines (Chinese: 涡扇-13), with codename Taishan, is a turbofan engine designed and manufactured by Guizhou Aircraft Industry Corporation to power the Pakistan-China jointly developed JF-17 Thunder light-weight multi-role fighter, and in the near future the Shenyang J-31 fifth generation stealth fighter currently under development. Talks are underway for future cooperation between Pakistan and China for training of troops as well.