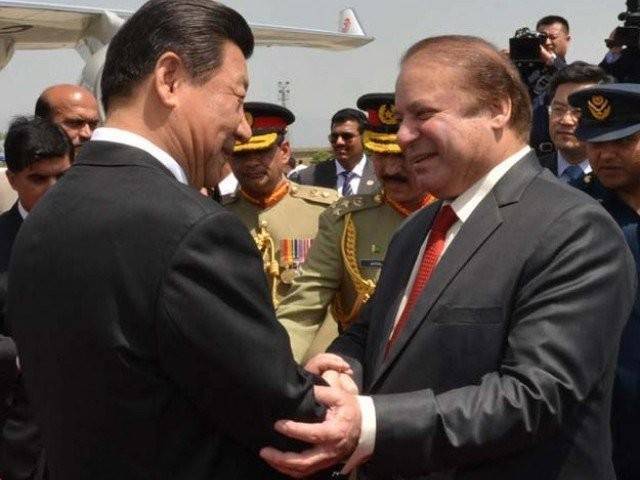 Beijing: As a nation, at least there is more or less a broad agreement among Pakistanis about the utility of China Pakistan Economic Corridor (CPEC). There are areas of disagreement or ambiguity such as the route controversy, locations of Special Economic Zones (SEZ) or the nature of Chinese funding.

However, all these matters are expected to settle down under the give and take spirit of the democratic dispensation. And we are witnessing its sample under the recently held All Parties Conference. But the question less asked is about the most likely Chinese regions that will be interested in utilising CPEC for their freight or investments.

We’ll strive to explore the answer of this question, while suggesting the probable road map for optimising the outcome for both China and Pakistan. And for this purpose, we’ll be focusing more on Chinese geo-economic dynamics.

As in any other country, China has its share of more developed and less developed regions. It is a large country with an area of 9.6 million square kilometers over 12-times that of Pakistan. Bulk of the Chinese population resides on the coastal regions and central plains.

Now this geographical dispersion has created the economic divide between more prosperous eastern regions and less populated western hinterlands of China. And Chinese government has been making all efforts to bridge this gap through various policies and incentives.

However, geographical endowments have not proven much beneficial for western China. Central government has introduced the Western China Development plan in 1999, which has played a pivotal role in the economic progress of the region. But despite all this support, Eastern China has increased its economic lead through faster growth.

And where does CPEC stand in all this debate of economic gap between western and eastern China? It is a matter of looking through the specific prism of economic opportunism. Just take into account CPEC, western China’s proximity to Pakistan and western China’s Development plan, a whole equation emerges for Chinese and Pakistani businesses to engage in a cost effective manner.

For western China, it opens new vistas of trading opportunities through reduced transportation costs and relatively less sophisticated but large market for its products. And for the Pakistani side, it provides direct access to an upcoming region supported by government incentives and greater probability of joint ventures.

It consists 71.4% area of China, holds 28.8% of its population, but produces only 17.7% of its GDP. And its share in total Chinese trade is much lower: below 5%. Now even at this economic share, western China’s GDP is almost 8-times that of Pakistan.

Chengdu and Chongqing are major economic centers of western China. The region is rich in agriculture and livestock production along with mineral resources. It also possesses heavy industry, whereas software sector is making inroads due to low wages relatively to eastern China.

Reality of the situation is this that eastern China region dominates the trade and outward investments. Most of the Chinese companies working in Pakistan are from eastern China. However, investment on ground is minimal. China is now the third largest outward investor after USA and Japan. Its companies have invested over $110 billion worldwide in 2015 alone. We need to understand here that now over 50% GDP of China is produced by the private sector.

In such a scenario, the more realistic proposition for Pakistan is to seek some economic integration with western China. The central government in China has primarily its western region in mind, while designing the CPEC project. Otherwise, how much load can Gwadar port take of Chinese freight?

In 2013, China had a total trade freight of 174 million TEU in comparison to 2.6 million TEU of Pakistan. It is obvious that even in more optimistic scenario of market share attainment, we cannot make even a small dent in the robust and enormous eastern China’s trade freight.

Pakistani government can take an initiative by establishing a CPEC Economic Cooperation Centre in Chengdu, a key economic hub of western China. Pakistan has its consulate located in Chengdu. It should address the issues of information asymmetry for businesses in Western China. Without regional strategising, we should not expect much optimisation on trade and investment enhancement through CPEC.

And western China remains a key to this optimisation. Chengdu is located at a distance of around 2,000 kilometers from Shanghai, whereas its distance from Kashgar near Pakistani border is 4,000 kilometers. We need to build upon this locational proximity.

The writer is an entrepreneur based in China.