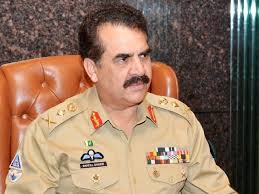 Total road being built by the FWO for CPEC is 870 KMs long, out of which, 632 KMs road has been completed within last one and half years.

The CPEC involves energy and infrastructure projects linking the neighbours’ economies and creating an “economic corridor” betweenPakistan’s Gwadar port and China’s western Xinjiang region. The corridor consists of a network of roads, railways and pipelines.

Militancy in the region poses a major threat to the corridor but Pak Army said it was tackling security risks by setting up a special division for the corridor, including nine army battalions and paramilitary forces.

Addressing a seminar in Quetta on Tuesday, General Raheel Sharif said war against terror would continue till its logical end.

He said the Zarb-e-Azb operation enjoyed the support of people of the country from all walks of life.

He said security agencies and the people of Balochistan have defended the integrity of Pakistan with unflinching resolve for which they deserve special appreciation.

The Army Chief stressed the need for involving youth for enduring peace and prosperity in Balochistan.

He said now over 18,000 youth from all parts of Balochistan have joined Armed Forces and Frontier Corps in recent times.

The Chief of Army Staff also announced to set up a campus of National University of Science and Technology in Quetta.