Are capacity issues at bureaucratic level a serious threat to CPEC? 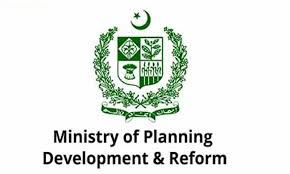 The incumbent government has repeatedly claimed that the China-Pakistan Economic Corridor (CPEC) will create massive employment opportunities in the country, but the Ministry of Planning, Development and Reform has failed to make an assessment so far about the human resource that will be needed to complete the $46 billion project in Pakistan.

The CPEC project has been termed as a “game changer” and the government has stated on several occasions that this project will generate massive employment opportunities. There is a dire need to explain this claim and initiate an in-depth study to figure out the estimated number of jobs the project will create. It is also equally important to identify the areas where professionals will be required to fulfill the project needs. Simply put, the government should at least know that how many engineers, architects, IT experts, skilled workers and unskilled workers will be needed to run this project. Without such information, it will not be possible for the government to arrange the required human resource for this project.

Daily Times has learnt through communication with several officials of the Ministry of Planning, Development and Reform; Ministry of Education; Higher Education Commission and the Technical and Vocational Training Authority that the government has no idea how many jobs the CPEC will create. As a result, it has no plans to develop new departments at various universities and introduce new technical training programmes for human resource development to meet the needs of the CPEC project.

CPEC Project Director Zahir Shah, a retired major general, has admitted that the Ministry of Planning, Development and Reform does not have any figures about the number of the jobs that the CPEC will create. He said, “We can’t estimate the exact number of slots, which will be created at the CPEC because it is a long-term project and every project has its own requirements.” He said, “We also don’t have the figures and classification of jobs generated at early harvest projects of the CPEC that are due to be completed by 2017-18.”

Federal Minister for Planning, Development and Reform Ahsan Iqbal told Daily Times: “The CPEC will create two types of jobs; direct jobs and indirect jobs, but we can’t give the exact number and the categories of the required human resource.” “The government has established a Centre for Excellence at the Pakistan Institute of Development Economics (PIDE) that will study the socio-economic aspects of the CPEC. I am hopeful that it will address the issues related to employment needs,” he added.

Parliamentary Committee on CPEC Chairman Senator Mushahid Hussain Sayed, who is closely associated with this project, said while talking to Daily Times, “The question is quite relevant that how many opportunities will be created through the CPEC and what is the share of each professional category in jobs at the CPEC.” He said the government should work on this aspect and give at least rounded figures of the jobs that the CPEC would create in different categories.

A senior official of the Ministry of Planning, Development and Reform said on condition of anonymity that there were three major threats to the CPEC project — security threat, political disunity threat and capacity issues at bureaucratic level. He said that now the biggest threat to this project was incompetence of government functionaries, as they were not ready to prepare themselves in accordance with the needs of the mega project. He said that unavailability of data on employment needs was the best example of institutional incompetence.