AIIB’s first batch of projects to be launched in 2016: Jin Liqun 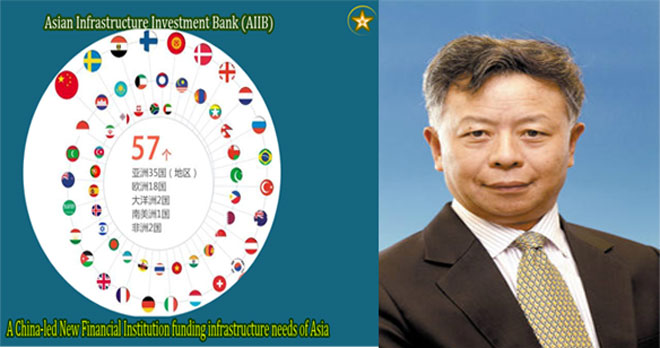 Beijing, Oct 22: Asian Infrastructure Investment Bank (AIIB), a China-initiated multilateral new financial institution, is a complement rather than a rival to existing financial institutions, Jin Liqun, president-elect of the AIIB, said while speaking at a seminar organized by the U.S. Brookings Institution in USA.

He said the prospective founding members of AIIB are drafting detailed operating policies and rules.

Jin said Asian countries are initially the biggest stake holders — holding about 75 percent of the total shares — and resources of AIIB will initially be invested in these countries. China will hold 30.34 percent stake in the bank and 26 percent of the voting rights.He said the first batch of projects will be launched in 2016 at the earliest.

With initial capital of US$100 billion, the AIIB aims to lend money to build roads, mobile phone towers and other much-needed infrastructure in poorer parts of Asia. AIIB will have headquarters in Beijing.

Jin Liqun is a veteran in finance, with rich leadership and managerial expertise in the public and private sector.

The 66 year old used to be China’s vice finance minister and vice president for Asian Development Bank. He also worked at the World Bank, and was Chairman of the board of China Investment Corporation, supervising the country’s sovereign fund.

He has published multiple books on economics and finance.