By S.C Kohli   Gwadar port city in Baluchistan was purchased by Pakistan from Oman in 1958 for Rs 5.5 billion Pak Rupees. At the present times, it is predominantly synonymous with China’s presence there. There is general perception that it was China which due to its strategic interests pursued Pakistan to develop Gwadar seaport. […]

Faisalabad: Counsel General of China in Lahore Yu Boren called for further enhancing bilateral cooperation in different fields. He was addressing an event held at the University of Agriculture Faisalabad to celebrate 65 years of Pak-China friendship at the Iqbal Auditorium. He said that 2015 was the harvest year of the China- Pak ties and […] 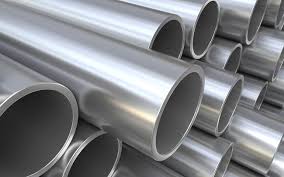 Karachi: The launch of a series of mega development and power projects in the country under China -Pakistan Economic Corridor (CPEC), the annual demand for steel products will increase by more than thirty percent to 6 million tones from 4 mts. Vice Chairman, Pakistan Steel Re-Rolling Mills Association (PSRMA) Akhtar Saeed told APP here that […]