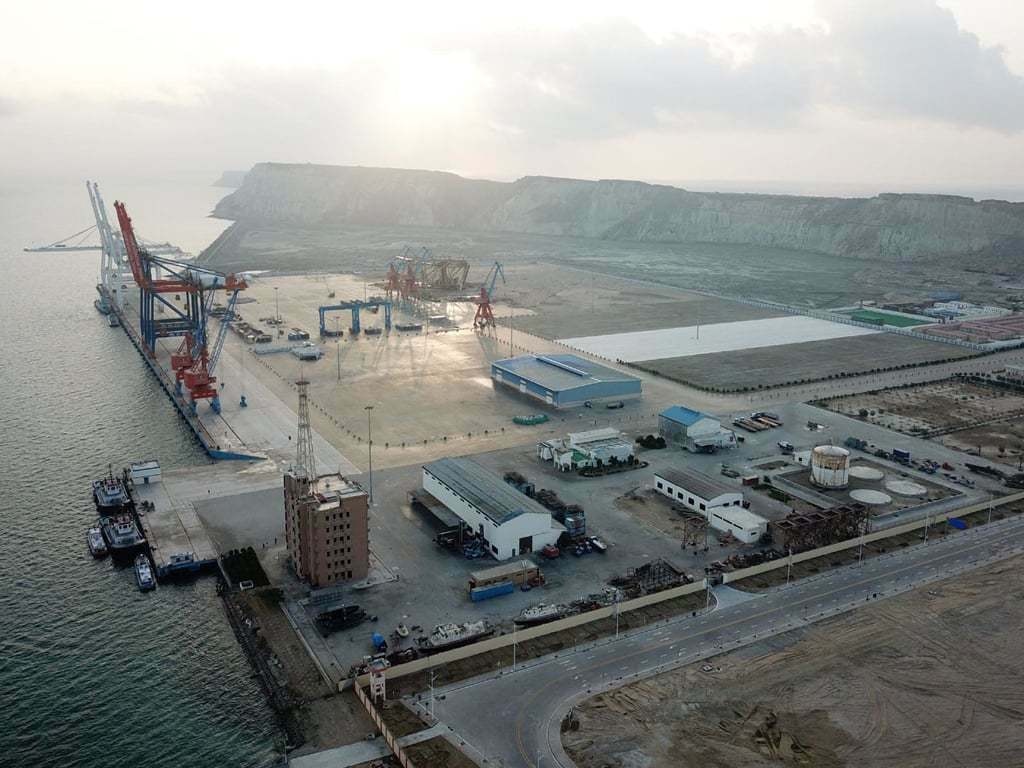 9 OCT., GWADAR- In a significant milestone, a subsidiary of the Chinese firm Hengmei Technological Grease Company has decided to create a lubricant mixing factory in Phase II of the Gwadar Free Zone.

After signing the sub-lease agreement, Hengmei Technological Grease Company, which has already been registered and incorporated with the Security and Exchange Commission of Pakistan (SECP), will make its debut in Gwadar Free Zone Phase II, ushering in a new era for lubricant manufacturing and industry in the Gwadar Port.

The energy behemoth Sinopec’s subsidiary, Hengmei, is dedicated to the development and manufacture of greases for upstream petroleum exploration, production, and refining. Sinopec, also known as China Petroleum & Chemical Corporation, is an oil and gas company in China.

Hengmei, according to a Gwadar Port Authority (GPA) representative, plans to establish a diverse range of businesses in Gwadar, including those that sell and manufacture lubricating oil, grease, antifreeze, urea aqueous solutions, and sealing grease. In addition to quickening the industrialization process, it will give the neighborhood many employment and business options.

In Gwadar Free Zone Period II, also known as “North Gwadar Free Zone,” which is in the phase of full-fledged development and construction, it will be the fourth Chinese enterprise to make its mark.

By starting the first part of the infrastructure development plan, the soil testing study, the Chinese business Agvon formally began its physical work. A crew is working around the clock on the allotment of the 10-acre property granted to the Chinese company “Agvon”. According to the agreement, Agvon intends to construct a cutting-edge fertilizer processing plant in the allotted time.

Ten acres of land have been given to the second enterprise, Hang Geng. After completing the necessary licensing procedure following the established norms and regulations, infrastructure development will begin. The business plans to operate a pharmaceutical facility where drugs made from animal skins will be produced.

Essatex Industries, the third business, has also signed the deal. One acre of land has been allotted to it. A large corporation also requested the allotment of 7.5 square kilometers of the 9.3 kilometers of land in Gwadar Free Zone phase II, according to a COPHC official. This corporation revealed plans to invest between $3 billion and $4 billion, creating more than 30,000 new jobs.

According to a senior Gwadar Port Authority (GPA) official, the operationalization of the Gwadar Free Zone Phase I (already finished and operating), Phase II (underdeveloped), and Gwadar port will result in $10 billion in annual economic activity.

By 2025, it is anticipated that Pakistan’s lubricant market will be worth $1.9 billion. Gear and engine oil are sold on the global lubricant market for use in industrial, automotive, and aerospace applications. The value of its market was $129.81 billion.