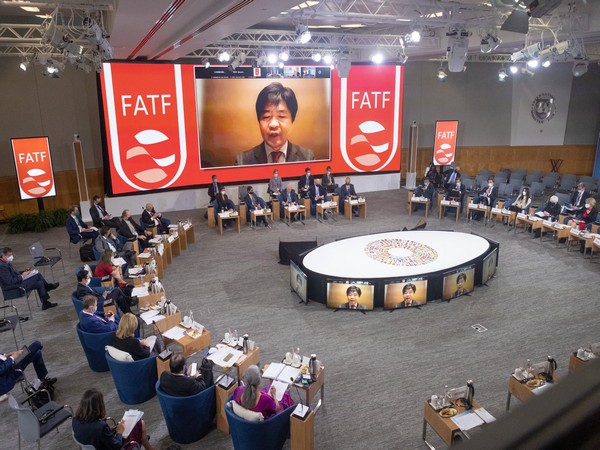 ISLAMABAD, 23 Oct. The business community applauded the Financial Action Task Force’s (FATF) decision to remove Pakistan from the grey list and stated on Sunday that the increased monitoring process by the watchdog would boost economic activity and assist in putting the struggling economy back on a path of sustainable growth.

In addition to raising the country’s credit ratings, the move would assist regain the trust of global financial institutions, encourage foreign direct investment, and support exports.

Irfan Iqbal Shaikh, president of the Federation of Pakistan Chamber of Commerce and Industry (FPCCI), commented on the mega development and praised civil and military leadership for their efforts in achieving historic success for the nation, saying that it would further solidify the government’s efforts to achieve sustainable economic development.

He said that it would further improve the “credibility and rating of the local economy that would attract foreign direct investment,” and that it would help handle liquidity concerns as a result of releases from the multilateral and other donor organizations like the IMF, ADB, WB, and Paris Club.

In the meantime, Ahsan Zafar Bakhtawari, President of the Islamabad Chamber of Commerce and Industry, told APP that the International Monetary Fund (IMF), Asian Development Bank (ADB), World Bank, and other development agencies would have more confidence in Pakistan if it were taken off the FATF’s “grey list.”

In addition, he added, Pakistan’s credit rating would rise, which would be another positive indicator for the nation’s economy and would help the country project a more friendly image in all international fora.

According to him, Pakistan has suffered cumulative financial losses totaling $40 billion over the previous three years as a result of being included in the FATF’s “grey list,” and the removal would increase foreign export orders and help close the country’s growing trade

Additionally, it will facilitate discussions with the IMF and other international donors and creditors, he continued, as well as assist lower the rupee’s parity with the dollar. Additionally, he added, it will be helpful for rescheduling all payables and generating enough cash for the nation.

In a major setback for India, which had always fought to keep Pakistan on the list, Pakistan Hi-Tech Hybrid Seed Association (PHHSA) Shahzad Ali Malik said it was a good omen that Pakistan had been removed from the grey list of the international watchdog on money laundering and terrorism financing by FATF after more than four years.

He said that as a result of the FATF’s decision, economic activity will go up and significantly contribute to regaining investors’ trust throughout the world.

It is important to note that FATF, which was tasked with monitoring money laundering and terrorism funding internationally, removed Pakistan from the grey list on Friday, October 21, 2018, after it had been on it since June 2018.

According to the FATF’s statement, Pakistan has improved the efficiency of its AML/CFT regime and addressed technical shortcomings to fulfill the commitments of its action plans regarding the strategic deficiencies that the FATF identified in June 2018 and June 2021, the latter of which was finished ahead of schedule and consisted of a total of 34 action items.

As a result, Pakistan is no longer under the FATF’s stricter surveillance regime. Pakistan would keep collaborating with APG to advance its AML/CFT system, it was said.