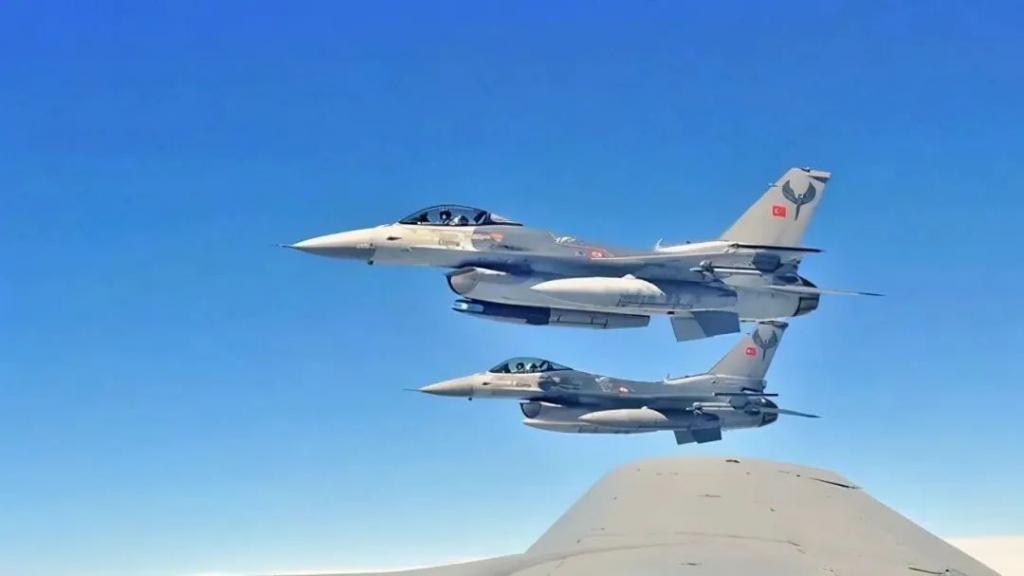 Turkey would work with Pakistan to jointly build the Xiaolong 4 fighter, according to PSF, a well-known think group in Pakistan. A new Xiaolong fighter will be developed by Turkey with the help of the Pakistani research group, which has caused considerable alarm among online users.

The Pakistani research group advised against becoming overly enthused by the announcement of the creation of the new Xiaolong fighter in this respect. The Turkish Air Force is now discussing with Pakistan the prospect of creating the Xiaolong 4 fighter, and Turkey is also undertaking a preliminary examination into the research and development of the incoming Xiaolong fighter. Ordering a batch of Xiaolong 3 fighters demonstrates that Turkey continues to have a strong interest in Xiaolong fighters.

The announcement sparked contentious debates among Pakistani internet users. Considering that the Xiaolong series of fighters is reputed to be well-known around the world, I was surprised to learn that Turkey is also quite interested in Xiaolong. This is the first NATO nation, after all. It is obvious how skilled the Xiaolong warriors are. It is a sought-after “hot item” wherever it travels because of the technology. Hu Niu thinks the rumors that Turkey has acquired or plans to participate in the development of the Xiaolong fighter are legitimate.

Even though Turkey is a part of NATO, everyone is aware of the country’s conflict with the United States. Due to the acquisition of Russian-made weaponry and American meddling in domestic issues, Turkey and the United States formerly had a highly tense relationship. The United States even broke the terms of the agreement to prohibit the export of F-35 jets to Turkey, forcing the Turkish Air Force to switch to F-16s.

The Turkish Air Force is the third largest in NATO, behind only the United States and the United Kingdom. It is entirely a westernized air force. four jet fighters.

Turkey has grand aspirations for expanding its air force. Prior to that, it had intended to buy F-35 stealth aircraft to assure the ongoing development of its air force. Turkey has consistently stated its desire to acquire Russia’s Su 57 and Su 35, but “the thunder is heavy and the rain is tiny,” and there have been no recent developments that are pertinent.

According to some experts, Western nations are collectively punishing Russia as a result of the conflict between Russia and Ukraine. Turkey will be “the object of public criticism” and might further worsen its relations with Western nations or face sanctions if it carelessly purchases fighter planes built in Russia at this time. Turkey, therefore, suggested its own TFX stealth fighter proposal, wanting to construct its own stealth aircraft without relying on outside assistance, in order to avoid being controlled by outsiders.
In this instance, Turkey started to compromise and restricted its purchases to F-16 fighter planes and F-16 maintenance supplies from the United States. Why then did Turkey purchase the Fierce Dragon 3 and take part in the creation of the brand-new Fierce Dragon 4 fighter

According to Hu Niu, there are two causes. One is that the Turkish Air Force is particularly interested in the Xiaolong fighter due to its exceptional performance. After all, relations between Pakistan and Turkey are cordial, and communication between the two air services is close. One of them, was the Pakistani Air Force’s Xiaolong, once The Turkish military gained further experience with the Xiaolong series of fighters after taking part in cooperative military drills in Turkey.

The Xiaolong Block3 is the most recent iteration of the Xiaolong at the moment. The most sophisticated Xiaolong fighter is this one. The F- 16C/D is one of the most powerful fourth-generation semi-light fighters, but its price is quite costly. It uses various sophisticated technologies, such as active phased array radar and helmet aiming system, so that its air combat capacity is completely better than that of the F- 16C/D. The cost of a single aircraft is equal to half of the cost of a US F-16. For Turkey, which is presently experiencing tremendous inflation and an economic hit, it is sufficient.

The United States violating the pact has taught Turkey a valuable lesson, which is the second justification. No longer are eggs served on a single platter; instead, betting on both ends is preferred. While simultaneously requesting that the US purchase F-16 fighter planes, China is also looking into the potential of buying Xiaolong 3 fighter jets and creating Xiaolong 4 fighter jets. In this circumstance, Turkey might directly profit from the situation if the United States violates the agreement to transfer fighter planes to Turkey once more. The purchase of the Xiaolong 3 aircraft as its new primary fighter will prevent the Turkish Air Force from becoming easily “stuck” in terms of technology.

Acquiring the Xiaolong 3 fighter from China is simply a short-term solution. To avoid cutting off the supply in the United States, Turkey is planning to deploy the Xiaolong 3 fighter as a temporary stand-in before installing the domestically manufactured TFX stealth aircraft. The Turkish Air Force will encounter a scenario of inorganic availability after the channel of new jets.

Additionally, Turkey’s fighter research and development capabilities may be strengthened if Pakistan and Turkey work together to create cutting-edge Xiaolong 4 aircraft. Turkey, after all, has not yet constructed a large-scale modern conventional fighter.

Whatever the motivation, if Turkey actually participates in the Xiaolong 4 R&D project or buys the Xiaolong 3 fighters in batches, it would open up a new market for Chinese weaponry for the first time among NATO nations, which unquestionably boosts China’s position in the world. The competitiveness of Chinese and Western weaponry on the market will be further boosted by the global influence of armaments.