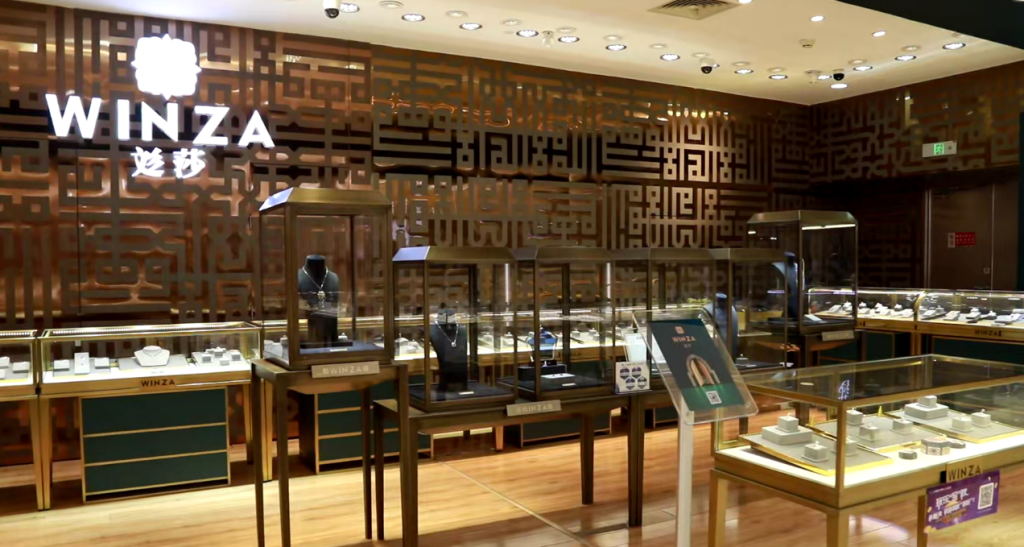 In the first nine months of 2022, China imported more from Pakistan than it did in the same period in 2018.

After five years, CIIE has gained faith in Pakistani products.

Beijing, November 6 – blankets, stone, jewelry, salt lamps, and so on. These unusual Pakistani-style products made their debut at the first China International Import Expo (CIIE) five years ago. At the time, Chinese consumers found them to be unfamiliar new, rare, and exotic, but they also raised some questions about the products’ quality. But at the fifth CIIE, five years later, Pakistani goods have already amassed a sizable following of loyal consumers.

The largest pink gemstone, which is girly and comes from Pakistan, is prominently displayed on the booth. This piece, which is a part of the Mughal series, is the first of its sort to be displayed at CIIE. Even in Pakistan, 150-carat pink morganite is quite uncommon. Li Long presents emeralds, morganites, tourmalines, and chrysoprase from the northern mountains of Pakistan to this year’s CIIE. This year, our exhibit is specially decorated for brand image display, and we hope to meet more quality buyers, he remarked with anticipation.

As Pakistani exhibitors enter the Chinese market, large shows like CIIE are the primary means of product promotion. There are no viable sales channels for the majority of the year, and such exhibits only last a few days each year. Their greatest dream is to build a business in China where they could operate year-round and gain a strong presence.

At the first CIIE in 2019, Li Long told CEN journalist that Pakistan was his IP. Now he set up a shop on East Nanjing Road in Shanghai. Focusing on high-end jewelry strategy, he has fulfilled his dream and to some extent reversed the stereotype that Pakistani products are cheaper.

“To create high-quality products, our offline stores are open 365 days a year, and sales are considerable.” Li Long said.

Coincidentally, Pakistani exhibitor Habib and his brothers, who became famous for selling salt lamps in the 4th CIIE, have opened 3 stores in different areas of Shanghai and sold products through online and offline platforms simultaneously, showing the “spillover effect” of CIIE

Data from the General Administration of Customs China shows that in the first nine months of this year, China’s import of pink salt (other salt HS:25010019) from Pakistan reached $4.356 million, more than double that of the whole year of 2018, which was $1.948 million. It can be seen that Chinese consumers are increasingly fond of powdered salt.

Five years of CIIE: China’s opening-up dividends shared by all

Over the past five years, China has opened its door even wider to the outside world. Under the second phase of the China-Pakistan Free Trade Agreement, 313 new Pakistani products will enjoy zero tariffs when exported to China. Pakistani Onions, buffalo embryos, and tiger’s tail plants have been approved for export to China. Exports of Pakistani cherries to China are not far off.

Just a few days ago, the Pakistani Prime Minister just concluded his visit to China. In the joint statement signed by China and Pakistan, the two sides stressed that China is ready to support Pakistan in expanding exports to China under the framework of the China-Pakistan Free Trade Agreement and welcomes more high-quality Pakistani goods such as food and agricultural products to enter the Chinese market.