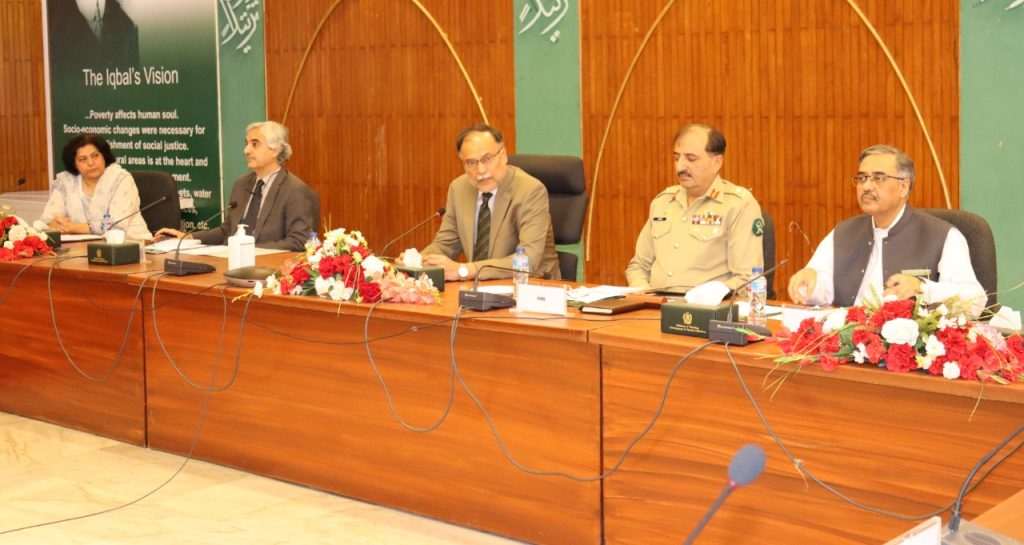 Official sources from the Ministry for Planning, Development, and Special Initiatives claim that the next conference would place a focus on several energy projects, particularly those in the mining industry.

Yesterday’s pre-CPEC JCC meeting was conducted to talk in-depth about the initiatives that would be discussed at the subsequent JCC conference. Professor Ahsan Iqbal, the minister for planning, development, and special initiatives gave a status report on the next 11th JCC meeting.

During the JCC meeting, it was suggested that the Pak-China Technology Business Forum be formally constituted. The minister also instructed the relevant ministries to concentrate on long-term planning so that projects could be put into action.

The minister instructed the Power Division to hasten the adoption of Gilgit Baltistan’s energy strategy so that projects previously agreed upon for GB may move forward. In addition, the minister said that Chinese authorities have expressed a keen interest in the mining industry and instructed the relevant ministry to put out a concrete proposal in this respect.

He also gave the OK for the meeting’s agenda to take into account the Development and Production Facility of Solar Panels for Domestic Use as well as Export.

The Executive Director of the China-Pakistan Economic Corridor, the Secretary of the Planning Commission, the Secretary of Communication, and representatives from several ministries also attended the conference.

It is observed that the 11th JCC would be significant since the current administration has already given the CPEC projects a second chance after they had been dormant for some years.