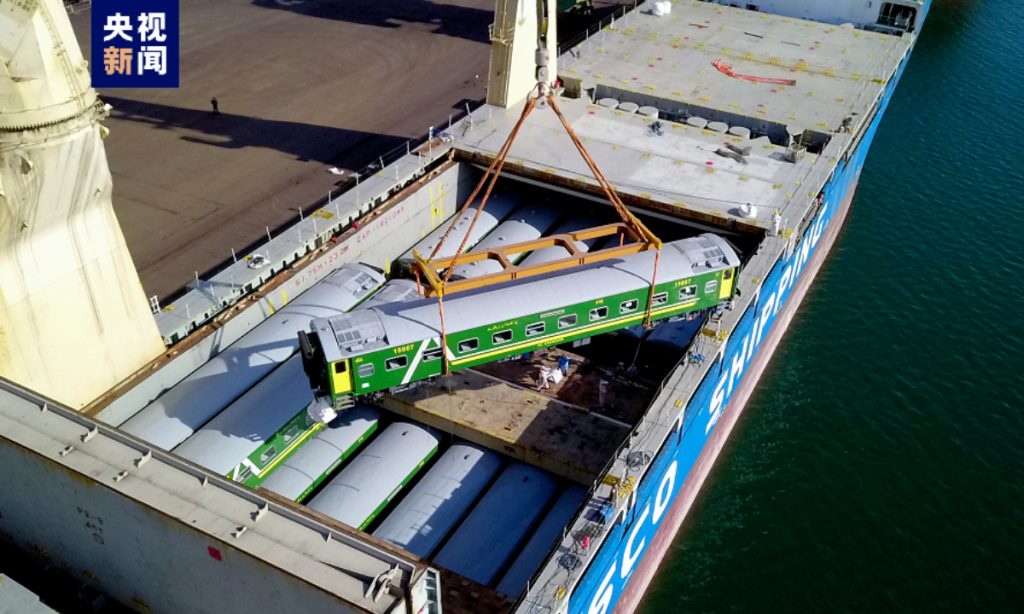 Out of 230 new high-speed passenger coaches, 46 have already been sent to Pakistan Railways by sea. It would take them around three weeks to arrive at Karachi port.

By the end of this month, these carriages will travel on the Karachi-Lahore Main Line 1 after being turned over to the railway authorities.

“Yes, China sent out 46 new coaches on Friday. Within the next three weeks, hopefully, we will have them in Karachi, PR’s Additional General Manager (Mechanical) Shahid Aziz told Dawn on Friday.

A major Chinese corporation has produced 230 cutting-edge passenger coaches under a $140 million contract, of which 46 will be delivered as fully built units (CBU) and the remaining 184 will be produced in Pakistan by the PR engineers and technical employees under the guidance of the Chinese specialists.

An additional deal of a similar type has a Chinese company producing 800 freight wagons and 20 brake wagons. While some wagons are currently being constructed in China, the majority will be produced in Pakistan via the technology-transfer process.

The Chinese company is tasked with supplying raw materials and spare components for the coaches and wagons that are expected to be produced in Pakistan at the PR Carriage Factory in Islamabad.

In the second week of August, an 18-person team of PR professionals traveled to China to conduct design reviews and training sessions relating to the transfer of technology.

However, because the wagon prototypes weren’t made yet, they couldn’t be examined.

The Chinese manufacturer will send the first batch of high-speed wagons next month, according to the AGM, which also added that the new coaches and wagons would assist PR to upgrade its infrastructure for rolling stock.

It is important to note that the railway is attempting to upgrade the worn-out track (ML-1) because the Khanpur-Kotri stretch is unsuitable for the use of high-speed trains.

Numerous deadly incidents have occurred over the past few years as a result of issues with the railway tracks, the signalling system, authorities’ incompetence, overspeeding, inadequate maintenance, financial crises, a lack of workers, etc.

When it comes to deadly and non-fatal incidents on the railways, 2019 was the worst year ever.

Information in this article comes from third-party providers. This website does not provide an explicit or implied warranty for such information and is not liable for any losses directly or indirectly caused by using such information.