As PM Shahbaz makes his first trip to China, the “CPEC revitalization” is in the spotlight 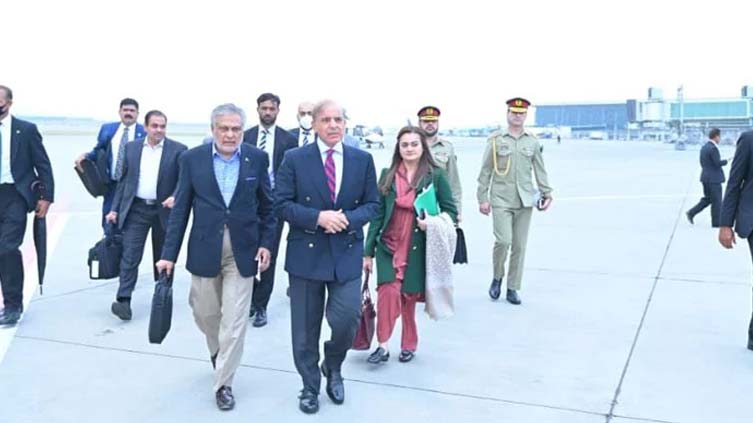 At the invitation of Premier Li Keqiang, Prime Minister Shehbaz Sharif left on Tuesday for a two-day official trip to China. traveling there for the first time since taking office in April,

Before his departure, the PM tweeted that he was “honored to be among the first few leaders to have been invited after the historic 20th National Congress of the Communist Party of China.”

“Pakistan and China stand together as allies and partners at a time when the globe is dealing with several problems.”

The premier stated that, among other things, his talks with the Chinese leadership would center on “revitalizing the China-Pakistan Economic Corridor (CPEC)”.

“The second phase of CPEC is expected to usher in a new era of socio-economic development that will improve the standard of living for our people. A lot may be learned from the Chinese economic miracle, he continued.

A high-level delegation will travel with the prime minister to China, where he will see President Xi Jinping and have delegation-level discussions with Premier Li, according to the Prime Minister’s Office (PMO).

Several MoUs and agreements in various fields are anticipated to be signed during the visit, which will also advance the extensive bilateral cooperation agenda and consolidate the momentum of CPEC collaboration following the 11th meeting of the CPEC Joint Cooperation Committee on October 27.

Minister: PM’s visit will help CPEC reach a new milestone.
The PM’s visit to China, according to Information Minister Mariyum Aurangzeb, will be “very essential” and “mark a new milestone for the CPEC,” she added.

Aurangzeb bemoaned that some CPEC projects had been postponed during the previous administration a video message, but added that the current prime minister had brought them back on track.

The new CPEC era is about to begin, she said, highlighting the removal of all administrative and procedural barriers from the projects.

Shehbaz wants to increase business with a maiden. China trip
By maximizing the second phase of the China-Pakistan Free Trade Agreement, the premier also intends to strengthen business and investment connections with the neighboring nation during his visit.

The PM stated this in an opinion piece that appeared in the Chinese daily Global Times on Sunday. “Pakistan can serve as the manufacturing base for China and an extension of its industrial and supply chain network.”

Additionally, he suggested that the two nations may expedite their bilateral cooperation in order to advance corporate farming, effective water use, the creation of hybrid seeds and high-yield crops, and the establishment of cold storage networks. In order to address shared concerns about food security, he continued, “This cooperation has gained an extra relevance.”

The development of Gwadar port as a center of trade and transshipment, investment, and regional connectivity are among the important areas covered by the CPEC’s next phase, according to him as well as the industries, energy, agriculture, ICT, rail, and road networks.

He went on to say, “Our overarching goal is to harness the potential of CPEC for Pakistan’s inclusive and sustainable growth, socioeconomic development, and for enhancing the welfare of our people.