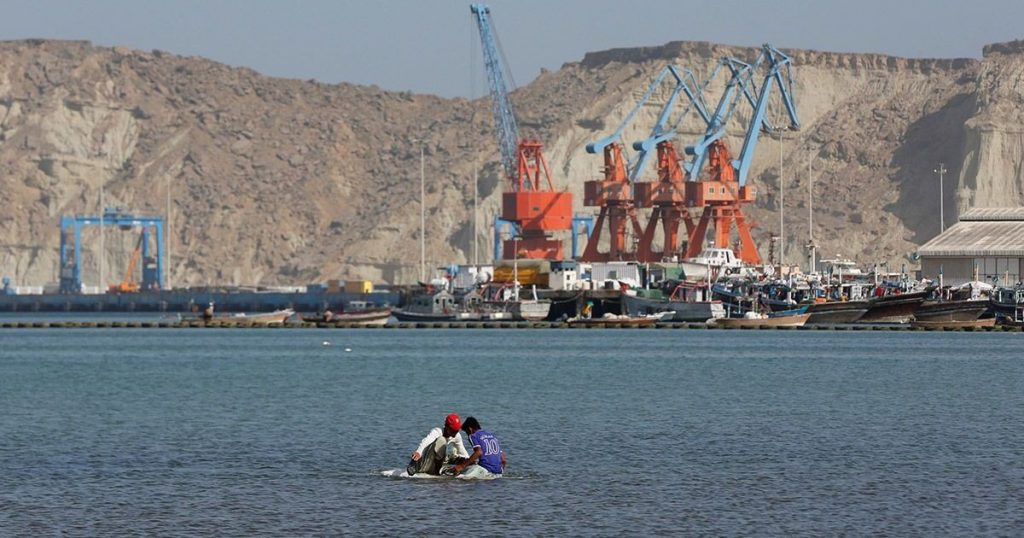 According to a study published by China Three Gorges International on Tuesday afternoon, the China-Pakistan Economic Corridor (CPEC) has so far given at least 46,500 Pakistani jobs in energy projects.

The study said that both finished and ongoing CPEC projects had generated job possibilities.

According to the survey, the general socioeconomic morale of around 46,000 households has improved, and as a result, local and foreign experts who offer this sort of professional work environment teach skilled labor on-site. much more than they would make working on other local initiatives.

According to GOP Policy 2015–2002 and AEDB Policy 2006 and 2019, all of the CPEC power plants were established as Independent Power Producers (IPPs) and were solely funded by foreign direct investment (FDI). (DI) is The corresponding project entities have handled all private debt and equity. The complete financing for these plants—including equity and private debt—was organized in US dollars and sent straight to Pakistan through Chinese institutions (China Exim Bank, China Development Bank).

Projects within the CPEC that include coal rely on vital coal technologies. The present pool of engineering graduates lacked the necessary technical personnel skills.

As a result, the Chinese government started concentrating on hiring graduates from particular Pakistani universities.

The initial seed was derived from the National University of Sciences and Technology (NUST), Islamabad, and the NED University of Engineering and Technology, Karachi. After being chosen, 600 energetic and youthful engineers were dispatched to China for six months of technical and management training.

After finishing the training, he went back to the project site to take over the primary operation. After being hired, engineering staff members were flown to China for six months of technical training to finish a module program specifically created for the operating phase of these power plants. According to the study, foreign workers now work mostly in the maintenance sector and are allowed to leave the Pakistani labor market after three years.

The study claims that during the next five years, the percentage of Pakistani employees would rise from the present 68% to 80% following the leadership of the company’s vision and strategy.

Additionally, these facilities will be managed totally (100%) by Pakistani labor over the next ten years. The poll clearly shows that expatriate employees hired during this period will return to their home countries within 5 to 10 years, given the duration of their contracts and the persistence of on-site human resource development. Considering that a favorable strategy used to acquire personnel at this time entails a rule stating that all domestic workers must be freshly certified engineers from different engineering institutes in Pakistan.

In addition, Milker China Three Gorges South Asia Investment Limited (CSAIL) and the regional administration want to build a brand-new, cutting-edge technical training facility on the property to offer technical education to domestic workers. It can be offered without charge.

The corporation chose local students and granted electrical engineering degrees to them as part of an international scholarship program to satisfy the technical personnel needs of the Croat Hydropower Project. According to the article, graduates who have earned degrees have been given employment offers at the Croat Hydro Power Project.