10.9 million native plants will be planted in South Punjab 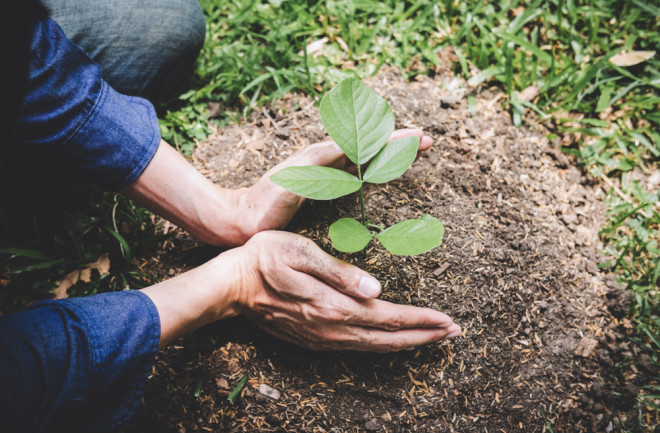 ISLAMABAD: Prime Minister Muhammad Shehbaz Sharif has pleaded with the world community and international development organizations to support Pakistan in its attempts to deal with the aftermath of the flood, particularly in terms of addressing food issues.

“There is no doubt that the situation is difficult. To reduce poverty, advance health, and education, and promote economic growth, Pakistan is completely committed to attaining the Sustainable Development Goals “In a statement for World Food Day, which was commemorated on October 16, the prime minister stated.

The prime minister said that they observed “World Food Day” at a crucial time when Pakistan was beginning its path to recovery following disastrous floods brought on by climate change.

“Let us commit to working together on this day to fulfill our individual and collective contributions to ensuring food security in our neighborhoods, societies, and the global community. Let us also promise to work together to address the threats that climate change poses to food security, the prime minister was quoted as saying in a news release by the PM Office Media Wing.

He explained that the day was marked to raise awareness about hunger, malnutrition, and the necessity for group efforts to guarantee everyone had access to food and nourishment.

“This year’s theme, “Leave no one behind,” serves as a reminder for us to work together to eradicate poverty and hunger and to recognize how our own and other people’s health are impacted by the food we pick and how we eat it.

The prime minister said that the government will soon organize a Kissan Conference where he would unveil a plan for the improvement of the agricultural sector to get through these challenging times, relieve the farming community, and develop the agricultural economy.

He said that Pakistan was proud of the old Indus valley civilization, which was founded on agriculture, and that it was endowed with a great natural resource foundation for agriculture.

The conditions for agricultural output in Pakistan were, however, rather difficult due to several variables, such as climate change, natural resource degradation, rising input prices, a shortage of farm machinery, and unpredictable markets, he noted.

Deputy Prime Minister: “Sadly, agricultural losses in Pakistan as a result of harsh weather are becoming more regular. Consequently, reducing crop losses, increasing yields, and improving lives are our main challenges.” He said that Pakistan had been devastated by the disastrous floods that occurred during this year’s monsoon, which affected over 33 million people and resulted in the loss of livestock, standing crops and vital infrastructure.

The rains, which devastated around 50% of the province’s total crops, were the worst for Sindh province, which generated about one-third of the nation’s food supply.

According to the prime minister, the flood waters also posed a danger to postponing the wheat planting season this fall, increasing the likelihood of ongoing food shortages and price increases through

“At a time when the world’s wheat supplies are uncertain, it is a concerning outlook for a nation that depends on its wheat output to sustain itself. The problems to Pakistan’s food security have increased as a result of this circumstance “Added he.

The prime minister stated that as Pakistan was a major producer and exporter of the flood-damaged crops of cotton and rice, the harm to the country’s agricultural industry would be felt on a global scale.

A setback to global cotton output in a year when cotton prices had risen as other key producers from the United States to China had also been affected by bad weather, he said that up to half of the nation’s cotton crop had been damaged.